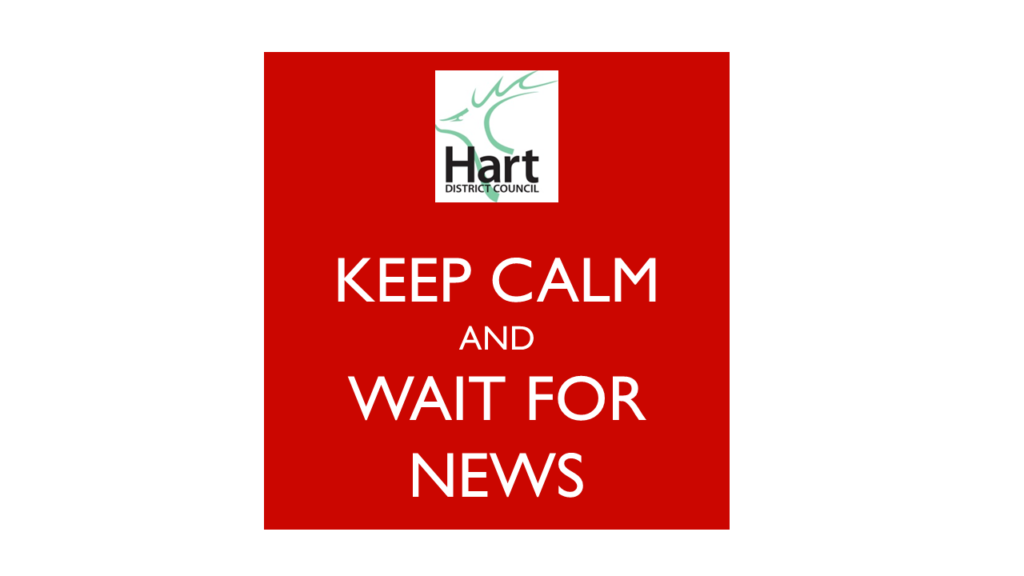 News about the Hart Local Plan has been sparse lately, but we can expect a flurry of news over the coming weeks.

First, now that the council elections are over, we can expect the results of the recent consultation to be released over the next few weeks.  Of course, we don’t know the results, but whatever the outcome, the results will be of limited value given that Pyestock (aka Hartland Park), has emerged as an additional brownfield site with capacity of around 1,500 dwellings.

Second, the new Strategic Housing Market Assessment (SHMA), together with the related Employment Land Review (ELR) have been in gestation for a few months now and we should hear of the new housing numbers in the next few weeks.  We Heart Hart is hopeful the new SHMA will result in Hart being asked to build 1,000-1,500 fewer houses over the planning period.  Of course, the new SHMA should also reduce the allocation for Surrey Heath and Rushmoor and the new ELR should enable Rushmoor in particular to release more of the brownfield sites it is protecting. The net result should reduce the risk of Hart being asked to build 3,100 extra houses for those districts.

Third, the results of Hart’s brownfield study should be released in the next couple of months and will set out a more sensible view of the brownfield capacity of the district.

Finally, should also expect the revised timetable for the Hart Local Plan to be released, so we will know when we will be asked our views. Expectations are the draft Local Plan should be released in September or October.