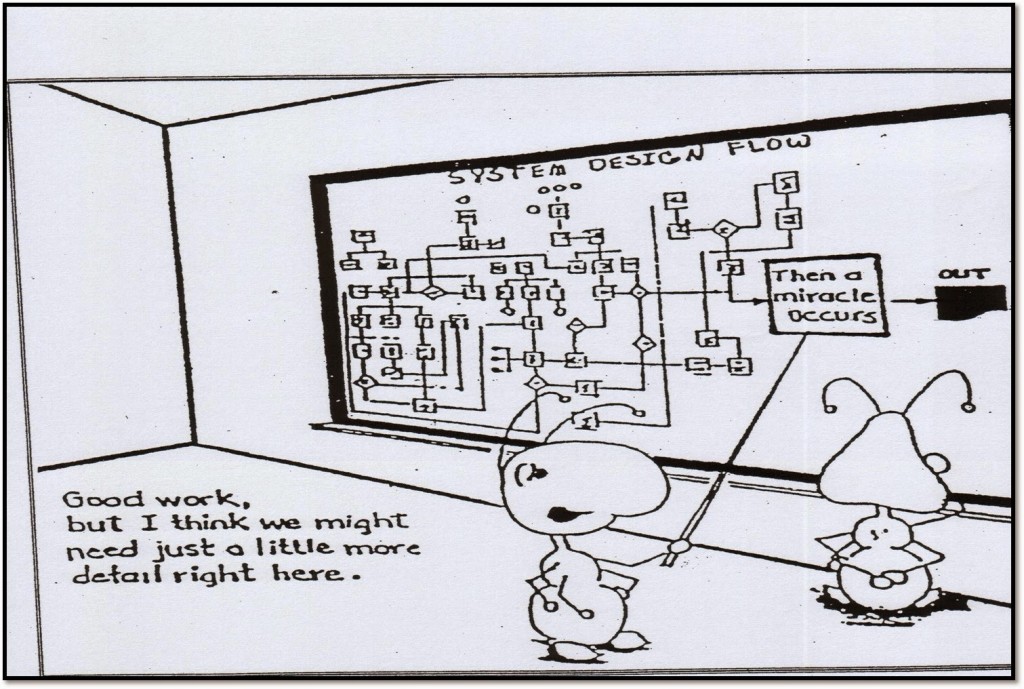 This is where the miracle occurs

In the immediate aftermath of the consultation debacle, Hart Council said that the consultation was “anticipated to be run again from late January“.  Of course, the last working day of January has now passed and there is no sign of the revised consultation and their website has been updated to say the consultation will run “from early Feb into mid March 2016”.

This now makes it a racing certainty that the new Strategic Housing Market Assessment (SHMA) will be released during the proposed new consultation period.  We believe that the new SHMA will reduce the housing need for the whole Housing Market Area, thus heading off the risk that we will have to build extra 3,000 houses for Rushmoor and Surrey Heath as well as reducing Hart’s own allocation.  This would of course render the whole consultation irrelevant as it would have been run on the wrong evidence base.

It is time Hart Council too a leaf out of Rushmoor’s book and waited for the new SHMA before carrying on with the consultation.