This is the second of our three posts covering the Good, the Bad and the Ugly parts of Hart’s FY22-23 budget announcement. The four main areas of bad news are:

The Health and Wellbeing service has been cut to zero. As there’s a mental health crisis after the trauma of Covid lockdowns this seems to be a crass decision. 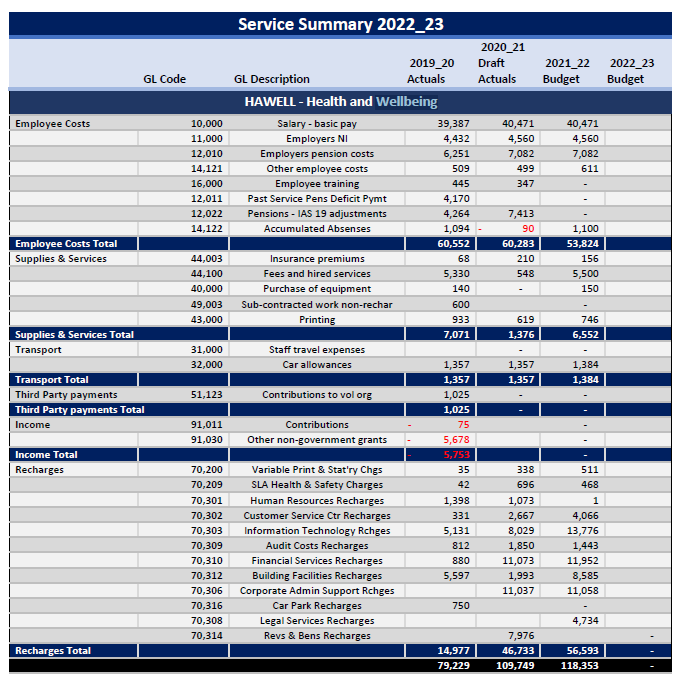 £118K was the budgeted spend for this year. However, next year no funds have been allocated. The have announced this in quite a sneaky way.  They originally published a summary of budget changes and this cut was not flagged up in the summary. Moreover, we could find no reference to this cut in the papers submitted to O&S or Cabinet.

The cut was buried in the bowels of the detailed Budget Book that was published after the deadline for public questions. We only found it because we were checking that budget added up properly, which of course it didn’t last year. 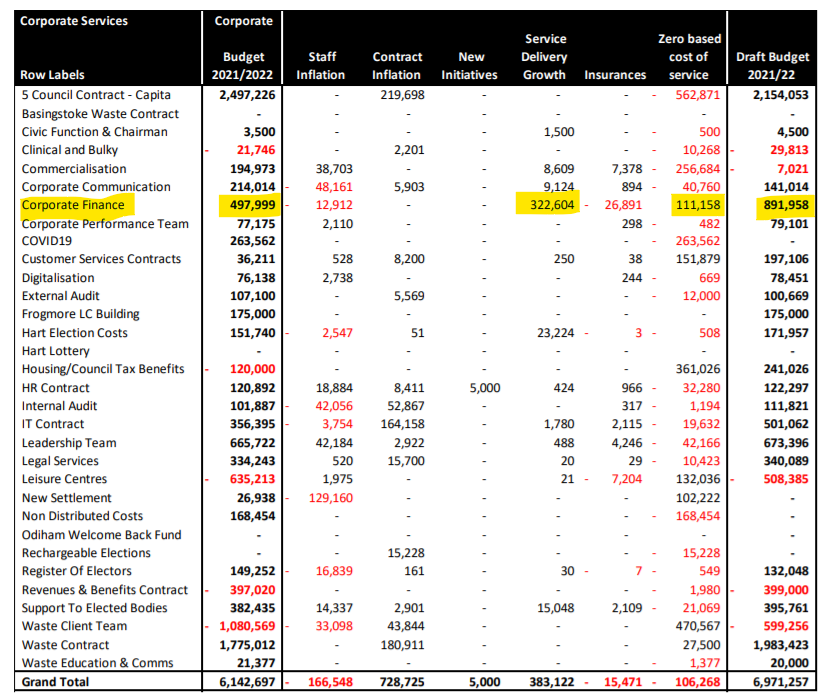 Given the errors identified and the changes made to this year’s budget, perhaps some upgrading of skills in the finance department is justified. But 79% looks like an outrageous increase to us.

Careful examination of the image above will show that the salaries for the Leadership team are going up by £42K. Remember, Hart has two full-time Chief Executives, so any increase awarded to one has to go to the other. Rather than increasing salaries, we should be cutting at least one of the posts. Regular readers may recall that Havant and East Hampshire share just one Chief Executive between them. There is no justification for keeping two JCXs. With yawning deficits as far as the eye can see, it’s time to bite the bullet and restructure the Leadership team.

There are worrying increases in the costs of a number of contracts the Council has awarded.

The latest figures we can find show the CPI measure of UK inflation went up 5.5% in the year to January 2022. Why is Hart facing such massive increases in the cost of services? 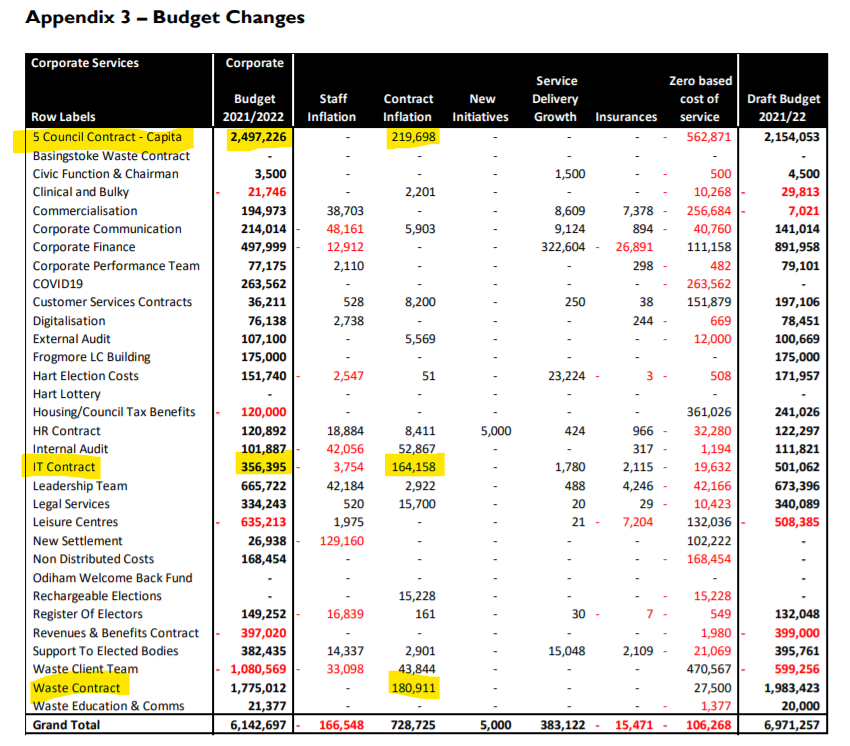 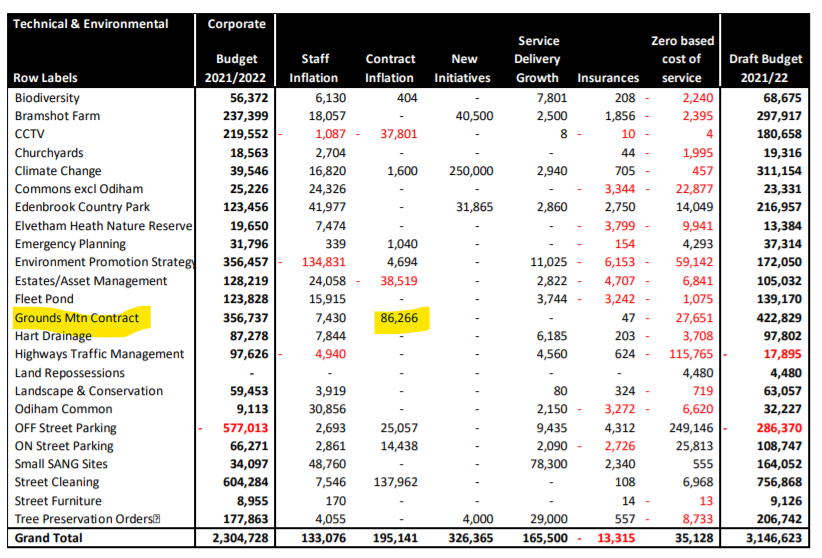