This is the third post covering the Good, the Bad and the Ugly news arising from the release of Hart’s latest budget book. This news isn’t strictly about the FY22/23 budget, it’s about how they have changed the past budget and actuals.

Hart Budget Ugly News – Another Change to the FY21-22 Budget

We have reported before on the many changes to the FY21-22 budget. The finance department have excelled themselves and made yet another change to the budget. This is best illustrated by looking at the “Appropriations” section. 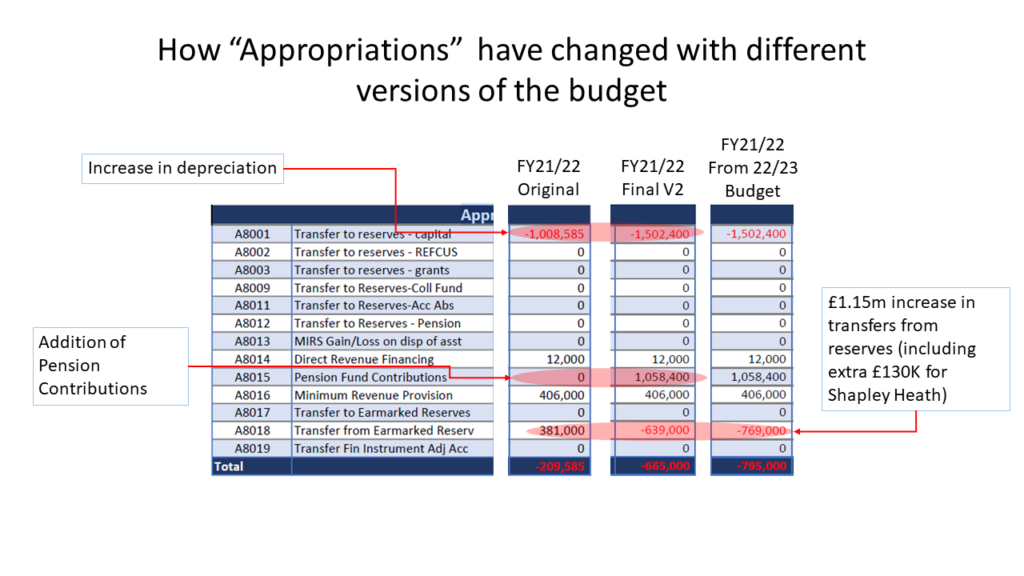 The slide above shows the Original FY21/22 budget, approved in February 2021. The two extra columns show the “Final V2” budget published in July and the latest version published as part of the FY22/23 budget book. Clearly, even “Final V2”, wasn’t final.

The first row shows the change in reserves transfers from capital. We’re not too concerned about this because to cover depreciation and is a non-cash item. They have previously disclosed that depreciation wasn’t included in the Original Budget.

The second row shows that they somehow forgot to budget over £1m of pension contributions in the Original budget. They then added them in Final V2.

The third row shows that they budgeted to transfer £381K to reserves originally. Note that positive numbers are costs in public sector accounts. In Final V2, this had changed to a £639K transfer from reserves. A swing of over £1m. In the latest iteration, they have increased this to a £769K transfer from reserves. We believe this is the same £130K that is replacing the Government grant that has been moved to last year’s accounts.

The level of change in the budget defies belief. How on earth can councillors or members of the public properly judge performance against budget when the budget itself is a movable feast?

Not content with changing the budget during the year, they have now started changing the actuals. This can best be seen in the slide below. 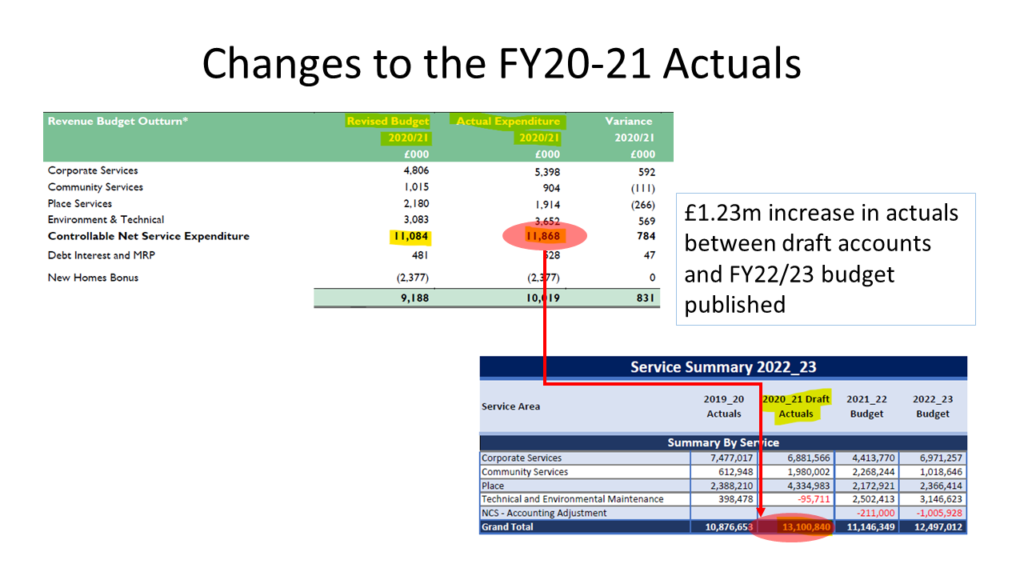 Where on earth has this extra spending come from? How did they miss it when presenting the accounts to the auditor for approval.