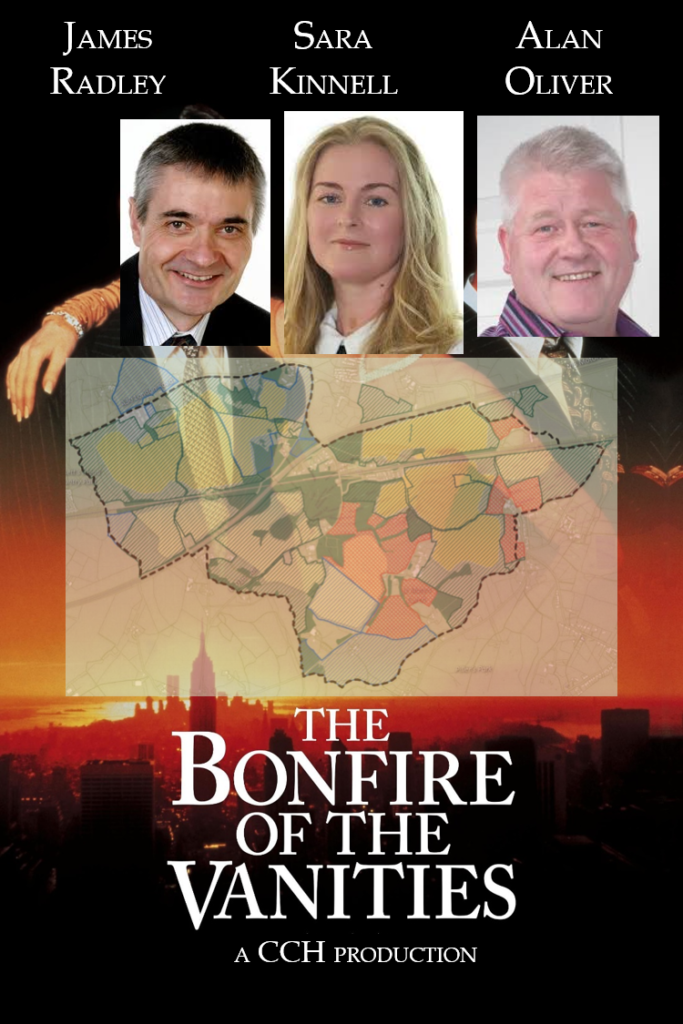 The Rural Hart Association has obtained a QC’s Opinion that shows CCH’s predetermination of the Shapley Heath Garden Village proposal. Their predetermination was revealed in their letter to Ranil Jayawardena MP about Pale Lane/Elvetham Chase. It is ironic that on Bonfire Night, CCH’s own vanity has led to their plans for Shapley Heath going up in smoke.

Back in July all CCH Councillors wrote to Ranil, lobbying him about the upcoming Pale Lane/Elvetham Heath decision by the Secretary of State. In that letter they claimed that 5,000 houses had been “secured for the next planning period” at Shapley Heath.

Of course, this was a misleading statement, because in no sense have any houses been “secured” at Shapley Heath. For instance, the planning Inspector ripped apart their proposals in the Local Plan examination. The only sensible inference that can be made from their statement is that they have closed their minds to a proper consideration of Shapley Heath and alternatives. In Andrew Tabachnik QC’s opinion, this amounts to predetermination.

The consequences of this finding are that Community Campaign Hart Councillors must either:

In short, CCH have snookered themselves as far as Shapley Heath is concerned.  If they don’t recant then they should be excluded from discussion and voting about Shapley Heath at Overview & Scrutiny, Planning, Cabinet and Full Council. Indeed, their participation in the September O&S might be inappropriate.  We can keep an eye on all of their public statements and actions from now on in the light of this opinion. There is the option of further legal proceedings if they step out of line.

The Rural Hart Association will be making a statement at Thursday’s Cabinet and recommending actions that the CCH councillors should take to retract the sentiments in their letter and demonstrate an open mind about Shapley Heath.

The full QC’s Opinion can be downloaded from the button below: 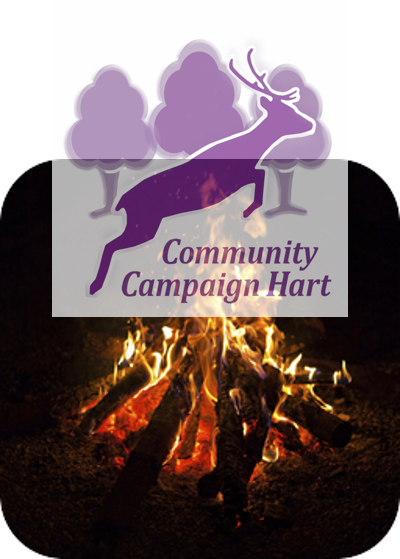 The supporting detail that led to the opinion follows:

The full letter to Ranil was published on the Facebook page of some of the CCH councillors. It can be found on here (page 1) and here (page 2). The incriminating passage is shown in the image below:

4. I am asked to advise whether the above letter – and in particular the reference to “5000 more homes secured for the next planning period through Shapley Heath” – is relevant to the participation of the four Councillor signatories identified above in the Cabinet’s forthcoming decisions concerning Shapley Heath.

5. In my view, for reasons explained below:

a. The relevant assertion to Mr Jayawardena MP is totally misleading. There is no sense of the word in which Shapley Heath has been “secured for the next planning period”. Quite the opposite, as matters currently stand. Nothing at all has been “secured” for the “next planning period”. Further, the Local Plan Inspector’s 26 February 2019 letter sends Shapley Heath back to the drawing-board, with clear findings that it has not been justified as sound on its own merits nor is there a robust assessment of its comparative qualities as against reasonable alternatives.

b. Regrettably, the only sensible inference is that the authors of the letter have shut their minds to a fair and proper consideration of the individual and comparative merits of Shapley Heath, and have pre-determined decisions in respect of Shapley Heath, which they regard as “secured” already.

c. Absent the clearest evidence going forward that the relevant Councillors recant the misleading and pre-determined approach to Shapley Heath as “secured for the next planning period”, their participation in future decision-making of the Council (including when Cabinet grapples with Paper D in early November 2019) would render such decisions susceptible to being quashed by way of application for judicial review.

d. In my view, the relevant Councillors must publicly acknowledge the misleading character of the words used in the letter and must publicly disassociate themselves from the sentiment in question (that Shapley Heath has been “secured for the next planning period”), and their future conduct in so far as they desire to have further involvement in relevant Council decision-making must (and not as mere “lip service”) positively demonstrate a genuine willingness to consider matters with an open mind. Where a relevant Councillor is unable or unwilling to adhere to the foregoing, the natural inference will be that the closed minds evident from the July 2019 letter have infected the decision in question.

e. A relevant Councillor who is unable or unwilling to take the foregoing steps, must recuse themselves from Council decision-making which is related, directly or indirectly, to Shapley Heath.