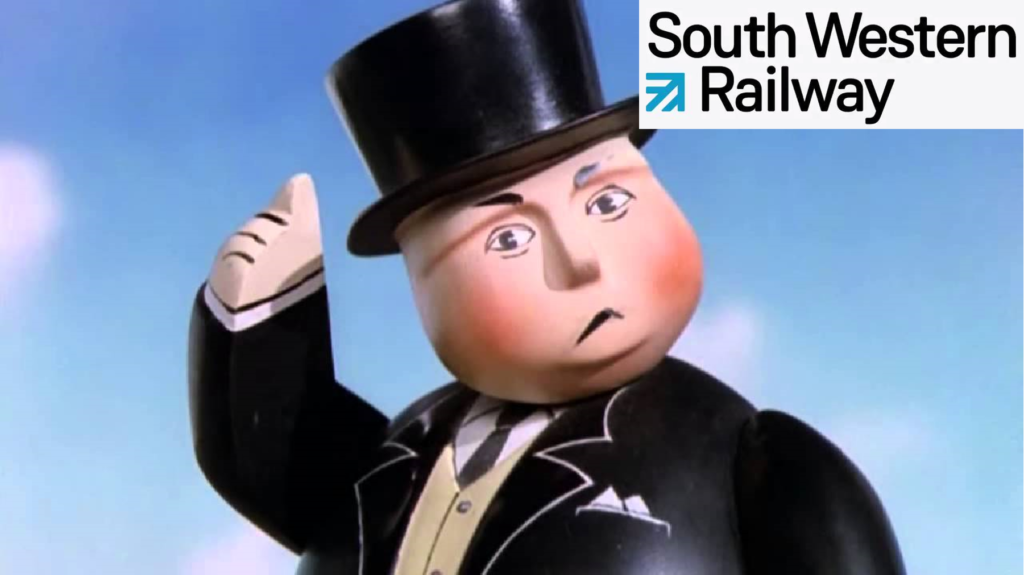 South Western Railways (SWR) has launched a consultation that proposes Winchfield and Hook train timetable cuts. The full document can be found here. The proposals:

Please use the download below to respond to consultation. Please also sign Ranil’s petition which can be found here.

The current line to London is already running beyond capacity, and these changes represent a reduction in service at peak hours which cannot be a good idea. The impact of the cuts will be to:

Of course, we all know many thousands more houses are planned for the area, so it cannot make sense to reduce capacity just as demand is about to increase.

This goes against the commitments SWR made when bidding for the contract:

As part of our bid we promised new and better trains, more seats, improved service frequencies and quicker journey times.

Their proposals also go against the objectives they set in the consultation:

The new timetable has been designed to deliver more services, more peak capacity and seats, allow the introduction of new suburban rolling stock (starting later in 2019) and increase frequencies on some routes. Most suburban routes have earlier services than now and many routes have later evening trains.

SWR seem to recognise there might be significant issues with their proposed changes to Winchfield and Hook train services. We do think they ought to make ‘some adjustments’ to their proposals.

How to respond to the consultation

The consultation is open until Friday 22nd December 2017. Comments can be sent to timetable.feedback@swrailway.com. We have produced a download with some suggested comments to be made to SWR. This can be found below:

Our main alternative suggestions are:

The current morning timetable is shown below: 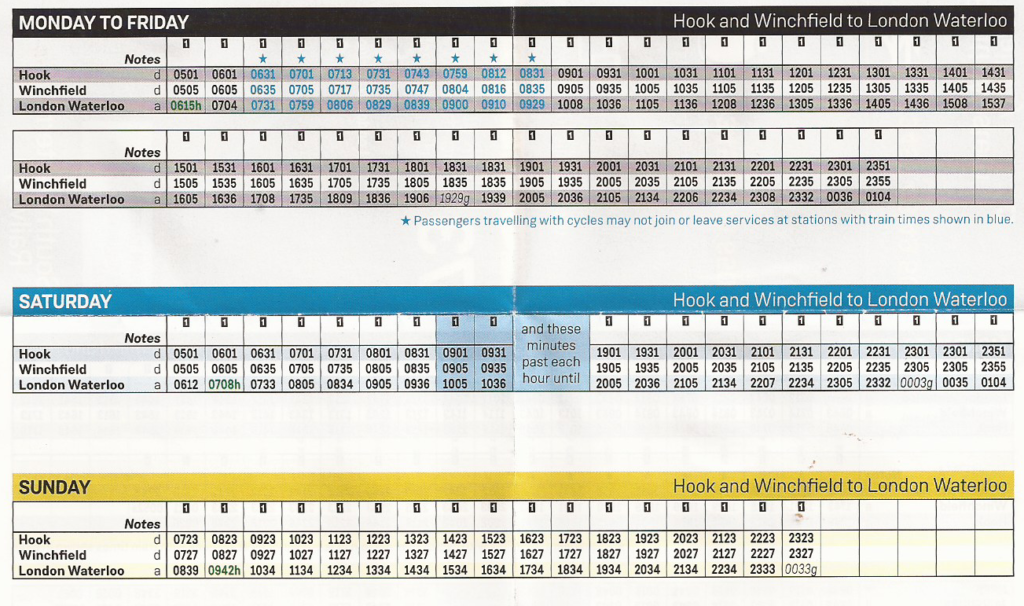 This shows eight trains during the peak morning hours between 6:30 and 8:30 and all of these services are direct to London.

The proposed timetable is shown below: 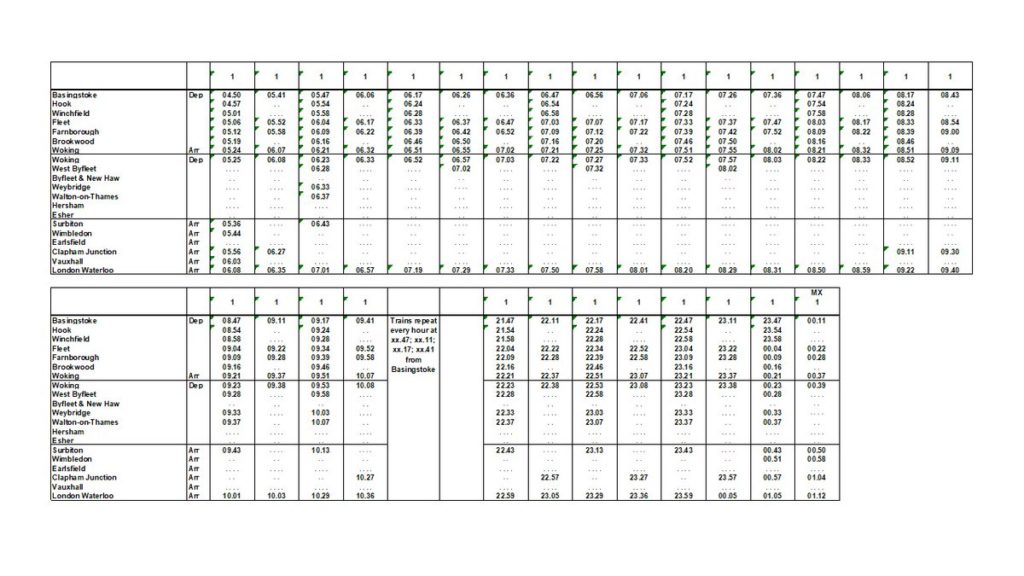 This has only six morning peak services. Note also that half of the off-peak services now require passengers to change at Woking

There are also changes to evening services. The current evening timetable is shown below: 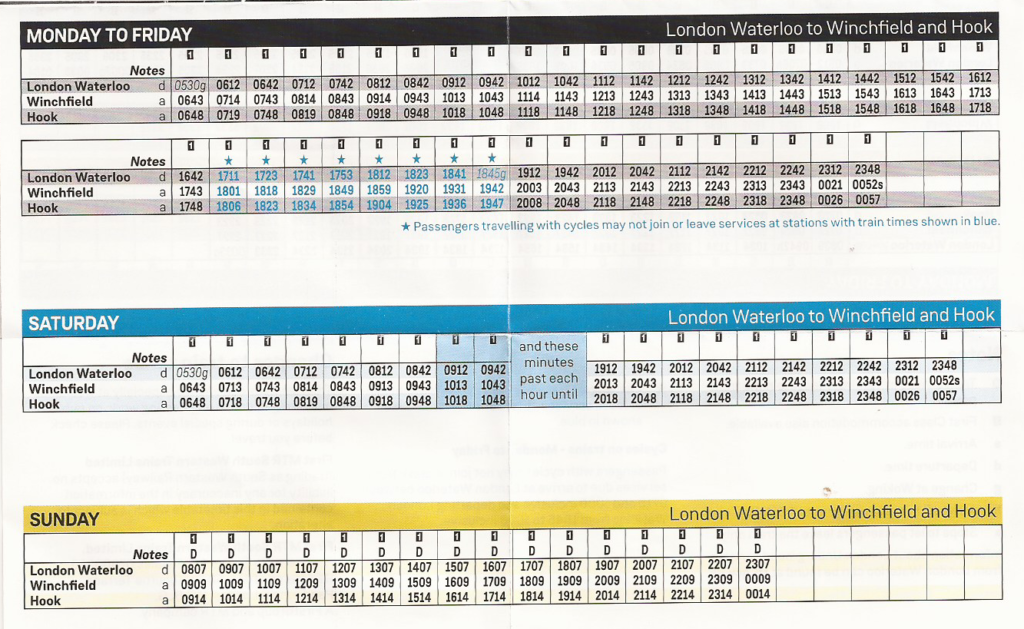 This shows eight services in the peak hours 5 and 7pm. All of these services are direct.

The proposed timetable is shown below: 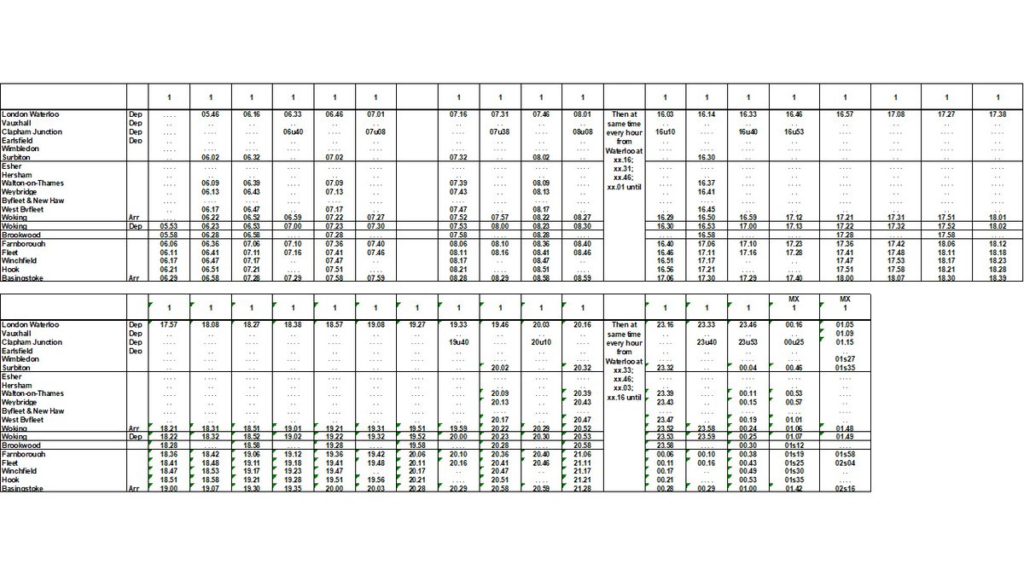 The proposed timetable shows eight services in the peak hours from 5pm to 7pm and these are all direct. This isn’t a significant change.