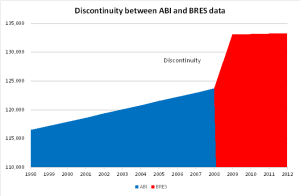 What’s wrong with our housing target?

The December 2014 version of the Strategic Housing Market Assessment (SHMA) for Hart District Council, and Surrey Heath and Rushmoor Borough Councils (together the Housing Market Area) can be found here.

The SHMA above calls for around 7,534 houses to be built in Hart District over the period from 2011-2031 and 23,600 over the whole area. Now Hart is starting to plan to take an additional 1,600 houses from Rushmoor, bringing the total up to 9,134 and potentially 1,400 from Surrey Heath. The SHMA is built on a process mandated by the Government, but at almost every stage the decisions taken err on the side of building more houses.  More details are given in this post here, with a summary below:

The combination of these and other assumptions is that the combined area of Hart, Surrey Heath and Rushmoor needs to build an additional 7,800 houses over and above the government starting point which adds to the pressure on our green spaces and adds to congestion.

The impact on Hart is we have to build 7,534 houses (or 9,134 now that Hart is planning to take Rushmoor’s excess requirement).  But Surrey Heath and Rushmoor have said that we need to build 3,000 houses that they say they can’t build in their own area.  This pushes up our target to around 10,500 houses.  If the questionable assumptions in the SHMA were taken away, our housing target would fall substantially to around 6,100 houses, and the threat from Surrey Heath and Rushmoor would go away. Our analysis is borne out by the report of independent expert Alan Wenban-Smith.