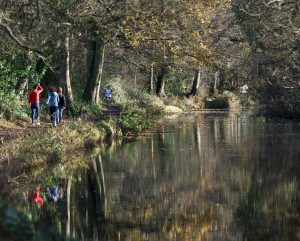 In December 2015, for the fifth year running, Hart was named the best place to live in the country in a survey by the Halifax. Each settlement has a distinctive community feel; the quality of the schools is excellent and the 84 square miles of green fields and wooded landscape are a perfect example of England’s green and pleasant land that is perfect for wildlife, cycling and walking.

But, the essential nature of Hart is now being put under pressure by the National Planning Policy Framework and Hart Council’s response to it. In the years up to 2031, Hart has to build another 7,500 homes. Hart Council, supported by Barratts, is proposing to meet the bulk of this need by building a new settlement in the heart of Hart at Winchfield destroying over 700 acres of green fields and woodland in the process.

We Heart Hart are mounting a campaign against these proposals because we believe the Strategic Housing Market Assessment that gave rise to the need for 7,500 extra houses is flawed and Hart’s response to this is inappropriate.