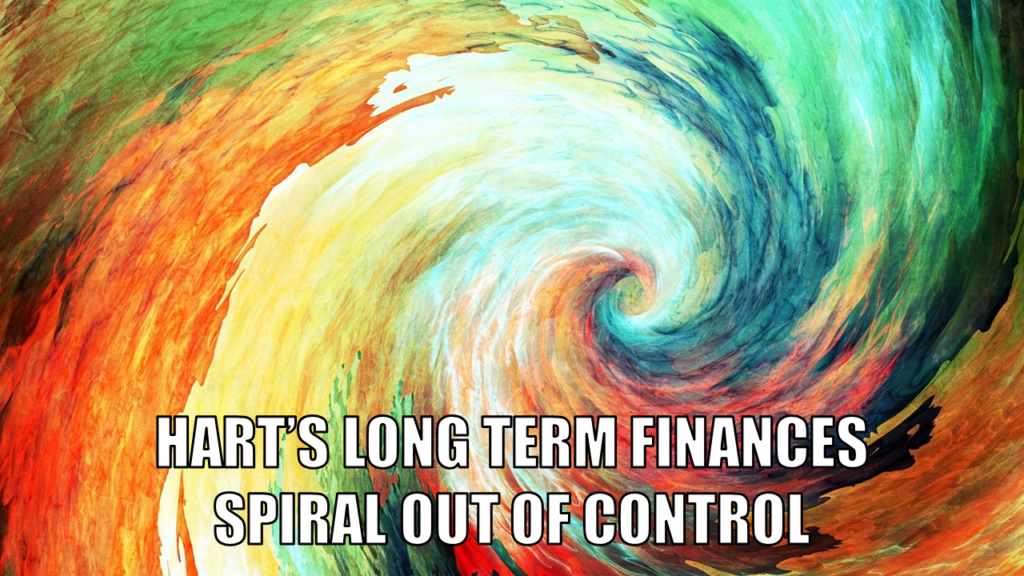 Unfortunately, the situation is dire. Despite the savings they have identified, they go into deficit again in FY23/24. The deficit continues to grow wider and wider to over £1.7m in FY26/27. 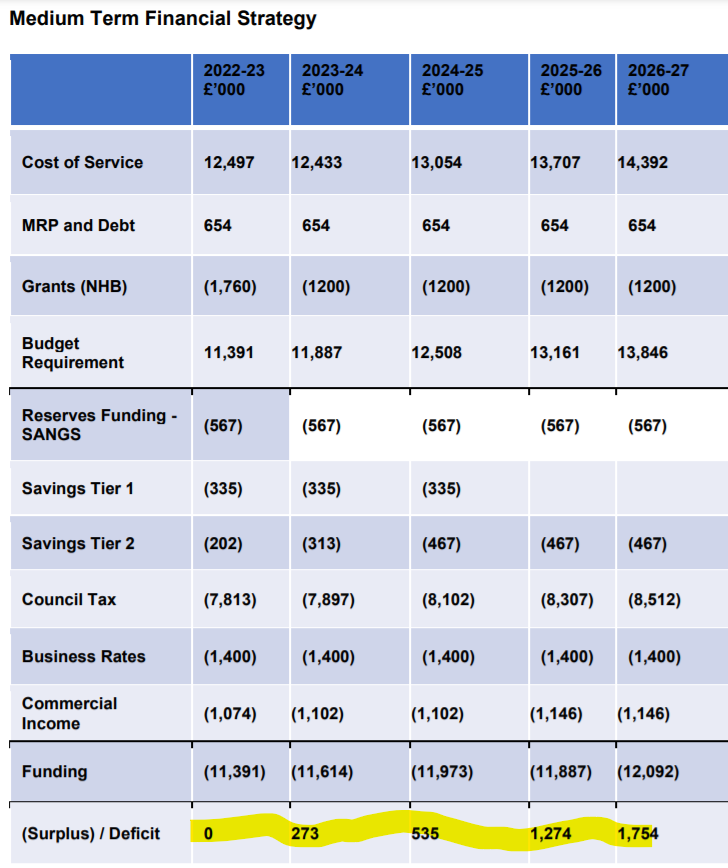 Even these projections may be flattering, because they rely upon a replacement for the New Homes Bonus delivering £1.2m per year from FY23/24 onwards. As the report itself says, “there is absolutely no certainty” this will happen.

As can be seen, funding increases in each year. The problem is that costs rise by £600-700K every year. The explanation for these massive increases is sketchy at best.

Overall, they are projecting a cumulative deficit of over £3.8m from FY23/24 onwards. That doesn’t include the loss they will make this year. They budgeted for a £381K deficit and have already raided £1.4m from reserves to cover the loss of income from the Leisure Centres.

The Council have said that the minimum reserves they require is £5.3m. At the beginning of this year they had £6.8m of reserves. Therefore, they only have headroom of £1.5m. 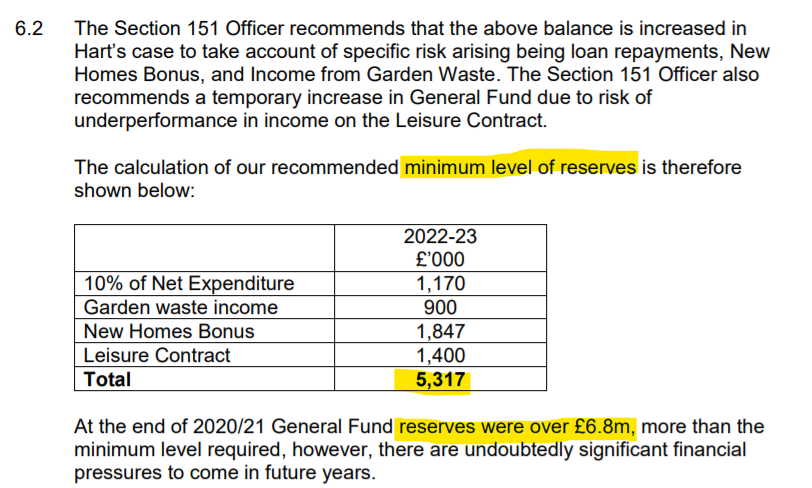 Depending upon how bad the outturn is for this financial year, there is a high risk that they deplete their reserves below the minimum requirement in the coming years.

We can only hope that the secret meeting next week to discuss restructuring of senior management will deliver further savings.

Perhaps it is time they looked at more radical ideas such as joining forces with a neighbouring council as we outlined here.