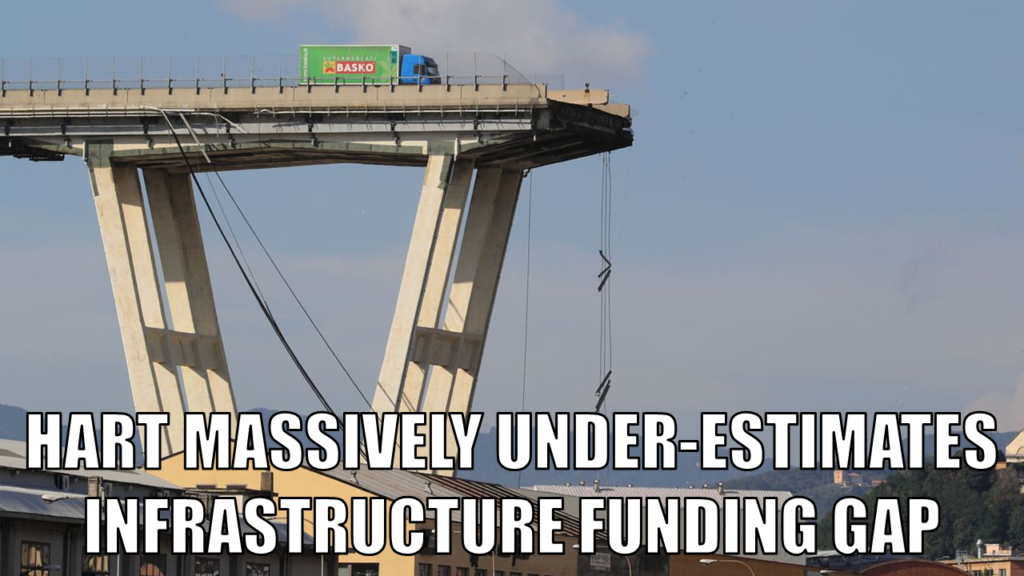 The “plan” indicates that there is an Infrastructure Funding Gap of £57.9m. This sounds a lot, but is actually an improvement on the £72.3m reported in 2017. We have summarised the funding gap shown in this paper from Hart in the image below:

The trouble is, the new figure is a massive under-estimate of the true picture. Why do we say this? As you can see from the image above, 116 of the 161 identified projects do not yet have confirmed costs. That’s right, they don’t even know the costs of nearly three quarters, or 72% of the projects they have identified. Of course, they don’t have any funding for those projects either, so the actual funding gap must be much wider than they claim.

There’s also a catalogue of errors and omissions throughout the Infrastructure Delivery Plan document:

None of the district wide green infrastructure projects have been costed. They are supposed to be funded by unspecified developer contributions and CIL that is already going to close the £57.9m gap. This is despite all of the projects being classified as “Immediate and Ongoing” and Hart being named as a lead agency on most of them. This plan doesn’t seem to even include the much promoted “green grid”. 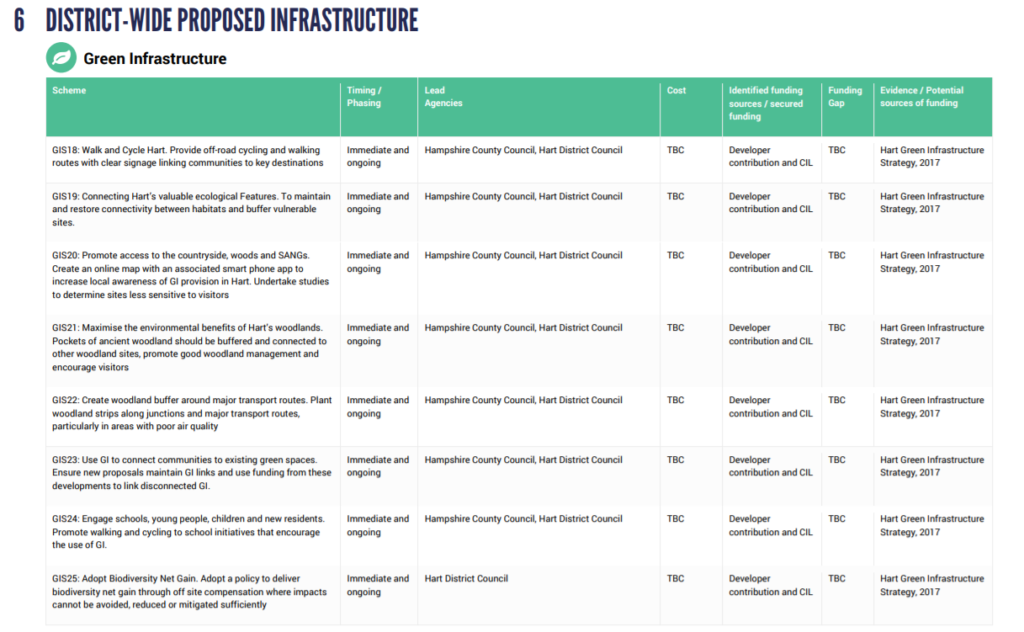 None of the healthcare projects has been costed. None have any funding allocated. The funding gap in unknown. To be fair to Hart, the funding should come from the NHS or central Government. However, this perhaps gives an indication why local GP surgeries are struggling.

By way of example, we searched for all the places the £1.42m S106 contribution for Netherhouse Copse (now Hareshill) was mentioned. It turns out that it is mentioned as a source of funding for projects with costs totalling £6.12m. Some of the Watery Lane (now Albany Park) money is also earmarked for some of the projects. Some of the projects the £1.42m is supposed to fund, don’t even have costs. So, the funding is over-allocated by a factor of at least 4. 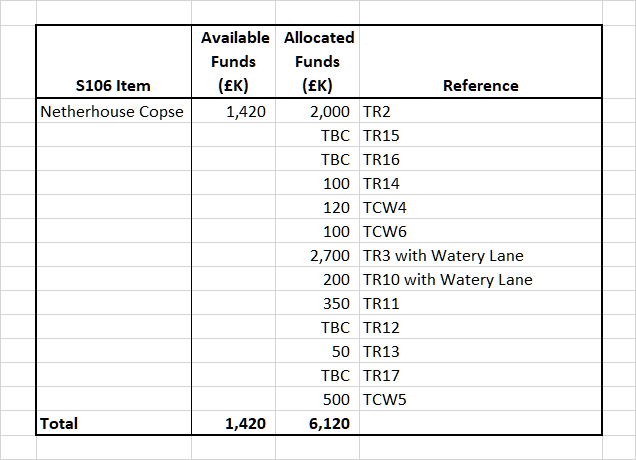 On some occasions, projects appear to have been duplicated. In this example, projects TR4 and TR21 appear to be cover the same improvements and have the same estimated costs.

It is clear that Hart has not got a grip on the Infrastructure Delivery Plan. It is simply not acceptable for 72% of the projects to remain un-costed at this stage. Remember the CCH leader promised “an infrastructure led Local Plan”. Yet, the plan they have shows a massive funding gap. They don’t have any idea about costs or funding sources for nearly three quarters of the promised projects. They have over-allocated large parts of the funding. It is clear the infrastructure plan is not going to be delivered.

If you still think Shapley Heath would deliver the promised infrastructure nirvana, I have an un-costed, unfunded and unbuilt bridge to sell you.