Tales of the Unexpected – Hart changes the budget yet again

Despite the intense scrutiny being applied to Hart’s budget processes, they have published yet another version of the FY21/22 budget. This latest adjustment comes with the draft Q2 monitoring report published in papers due to be examined by Overview and Scrutiny next week. There’s more twists and turns in the budget than Tales of the Unexpected.

The image below compares the budget published in the draft Q1 monitoring report to the latest version. 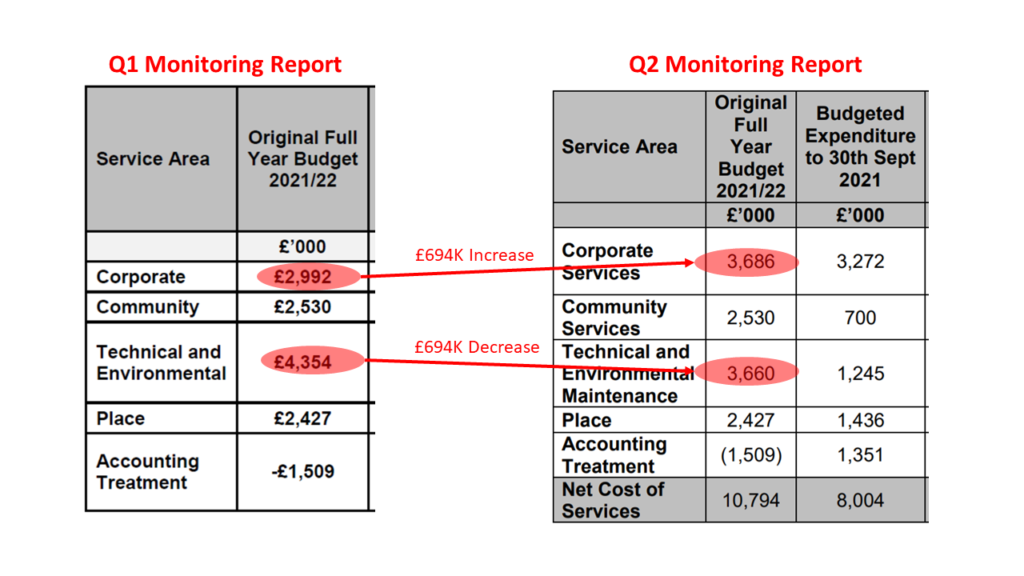 The headline total of £10,794K has not changed. However, they have apparently transferred £694K from Technical and Environmental Services to Corporate. No explanation is given for this change. As we understand it, the Constitution demands that changes larger than £50K are approved by full Council.

Hart Changes the Budget Throughout FY21-22

At Council in July. we asked about the changes between the draft and final budgets. We also covered the budget changes here. We were told that the changes were technical in nature relating to grants from Government, SANG funding and depreciation. It is beyond ridiculous that the budget keeps changing between monitoring reports. How on earth do they keep track of it? How do the managers know what they are working to?

Hart Changes the Budget from Deficit to Balanced

In addition, they have airbrushed the deficit budget from history be claiming the original budget, set in February, was balanced.

But this contradicts what they said about it in February. Then they acknowledged they were budgeting for a £381K deficit.

The main bad news buried in the report is that Hart has incurred a £700K deficit so far on the Leisure contract.

There is some good news in the report. They are now forecasting a deficit of £612K. This is better than the £776K forecast in Q1. Although worse than the budgeted deficit of £381K. However, the deficit may reduce to £240k if their claim for compensation for loss of fee and charges income is successful. 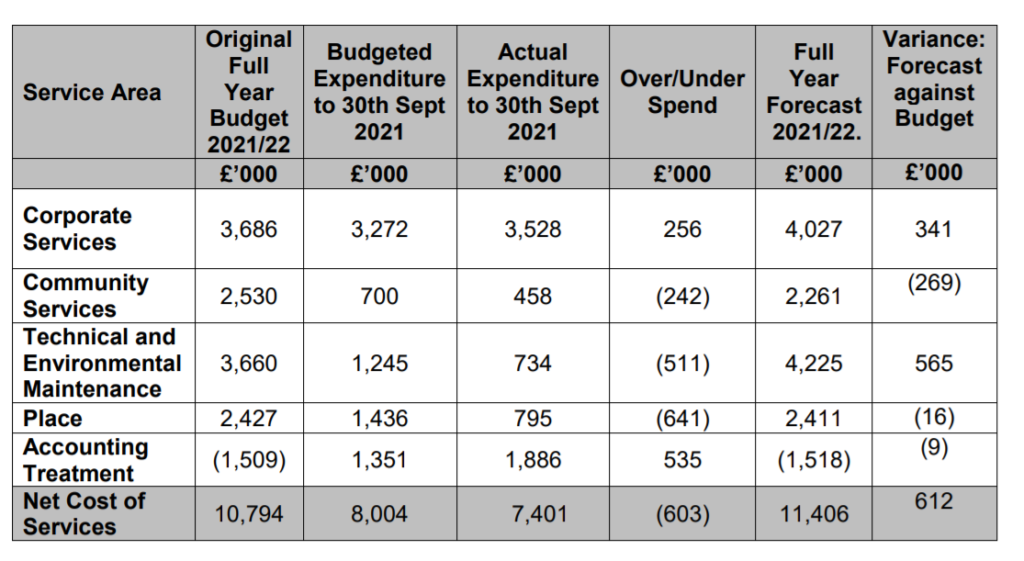