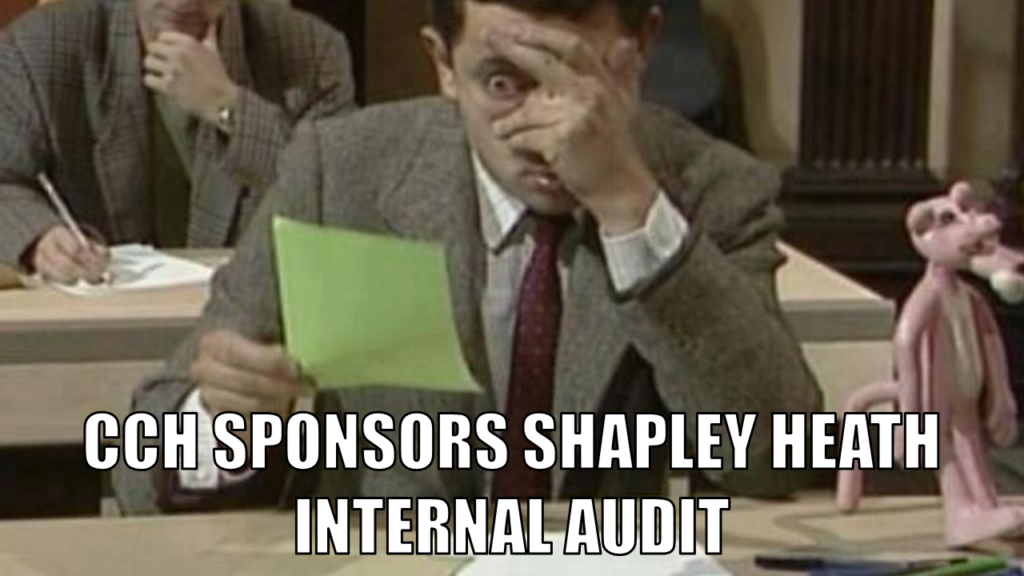 CCH has sponsored a paper recommending an internal audit of the Shapley Heath project finances. This comes despite increasingly vitriolic comments about We Heart Hart on their Facebook page.

The full paper can be found here. The title block shows what the paper is about and the Cabinet member responsible: 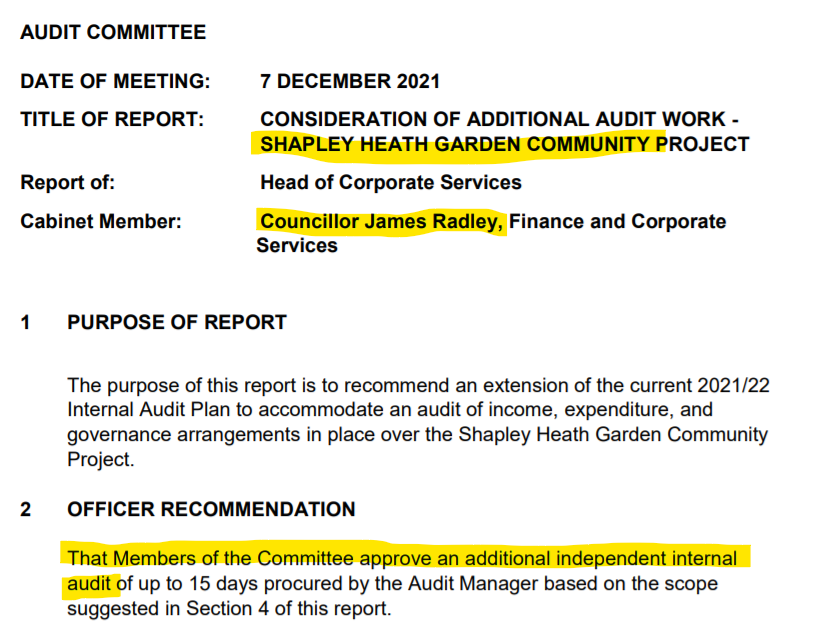 They are proposing quite a wide-ranging review of the project:

We are concerned that such a wide ranging review might overlook the key issues, that we covered here and are summarised below:

We also ask whether it is appropriate a Cabinet member to sponsor an audit of a project that he himself was responsible for.

This is a significant U-turn from CCH because previously they have dismissed concerns about the financial controls surrounding the project.

Most recently, Councillor Radley dismissed our question as “disingenuous”, even as he described continued spending on a project that is supposedly cancelled. Spending was reported as £81K at the end of September. Now it’s up to £92.5K, and is expected to rise to over £135K by the end of March. 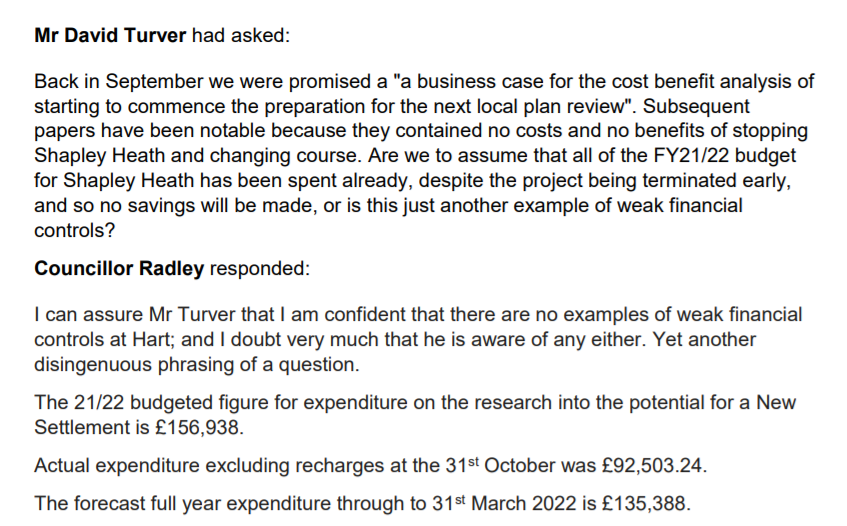 It does seem odd that they should spend nearly all of the budget when they terminated the project in October. This is only around  half way through the financial year. He even got his statement wrong. The latest version of the budget shows New Settlement spending is set at £149K. 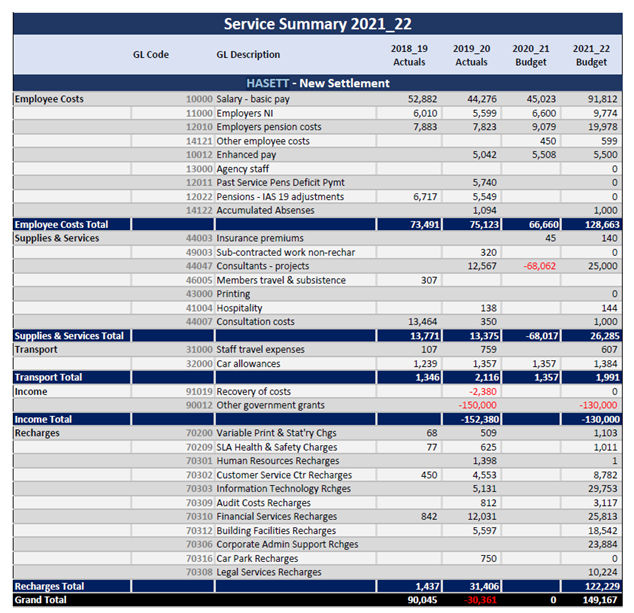 Councillor Axam, CCH Chair of the Audit Committee said he didn’t recognise some of our figures when we asked him a question about them at the September meeting.

We raised concerns about the budgeting and financial controls surrounding the Shapley Heath project as part of the objection we raised against the accounts. Previously, Mr Radley has described the objection to the accounts as ill-founded.