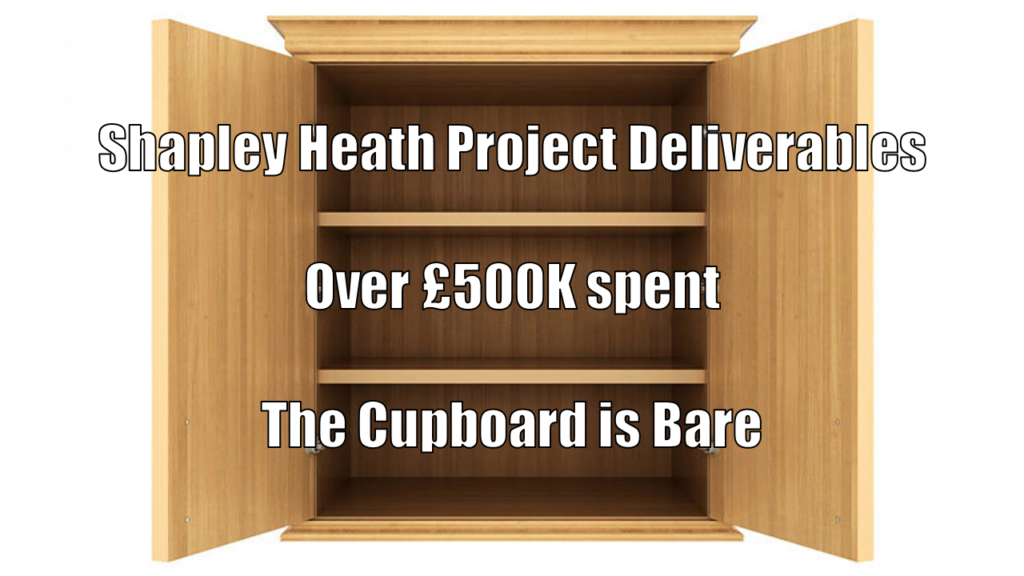 The latest full council meeting was held on Thursday 30th September. We were there to listen and ask questions. A number of interesting items came up. So, as an antidote to fuel shortages, here’s our report of proceedings.

We asked for an update on the £1.1m discrepancy on the waste contract and our supplementary asked whether it should be officers or executive members who should do the decent thing and resign. Councillor Radley was clearly irritated at the question and insisted that “there are no hidden issues or matters of concern”. He regretted not being able to give a more complete answer. An “ill-founded” formal objection has been made against the accounts and this limited what he could say until that investigation has been completed.

We can confirm that it is us who have raised this formal objection. The EY partner has accepted the objection and is now conducting an investigation. The objection covered the lack of financial controls in the Waste Contract, inadequate budgeting and poor financial reporting. Many of these issues have been discussed on these pages over the summer.

We then asked how much had been spent on Shapley Heath so far this year. Our supplementary question asked what tangible deliverables have been produced and which ones would Hart taxpayers be allowed to see. The answer to the first part is £81K. We assume this does not include overhead allocations. Overall, this means that more than £0.5m has been spent since FY18/19.

Sadly, the Shapley Heath Deliverables cupboard is bare. Councillor Radley tried to pass the buck to Councillor Cockarill. However, Shapley Heath is a Corporate Services project which is overseen by Councillor Radley, so he should be able to a response. He gave a vague and waffly answer on what had been produced and no answer at all on what we will be allowed to see.

In short, they have spent half a million and achieved nothing.

We asked Councillor Axam, chair of the Audit Committee whether he would reconsider and launch an internal audit into the budgeting and financial controls surrounding the Shapley Heath project.

He said that “he didn’t recognise some” of our numbers, but would ask the committee to look at it again next time it met. We took the opportunity to point out that the figures we quoted in our question were all taken from Council reports. None of our figures are made up. We have since emailed Councillor Axam and other members of the Committee with the full analysis, which was reported here.

The Tory leader asked when the Shapley Heath survey questions would be published. Councillor Cockarill confirmed that the full survey results will be published “shortly”. Interestingly, earlier in the day we received a response to our FOI request for the same information. This was refused. However, on the face of it, this is good news.

There followed a question form Councillor Harward about apparent inconsistencies in planning decisions at Frogmore Green. The response from Councillor Oliver was belittling and patronising and certainly not respectful of a fellow coalition councillor. We wonder if this is a sign that all is not well inside the CCH-Lib Dem coalition. Only time will tell.

In an ironic twist, there followed impassioned speeches from Councillor Butler and Councillor Radley. They were about the new Code of Conduct, that basically said that they all need to be nicer to each other.