This post is about the changes Hart keeps making to its reported budget and the way it changes the terminology to describe the budget.

Let’s start with their values. these include the two emboldened values shown below.

For completeness, let’s compare the original budget with the revised version agreed in October 2020. All looks fairly normal. 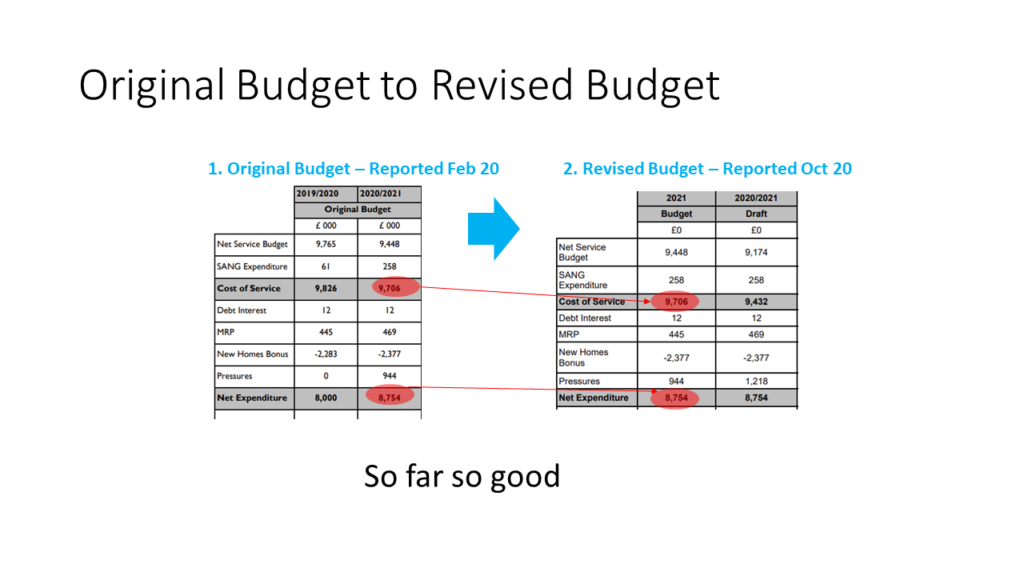 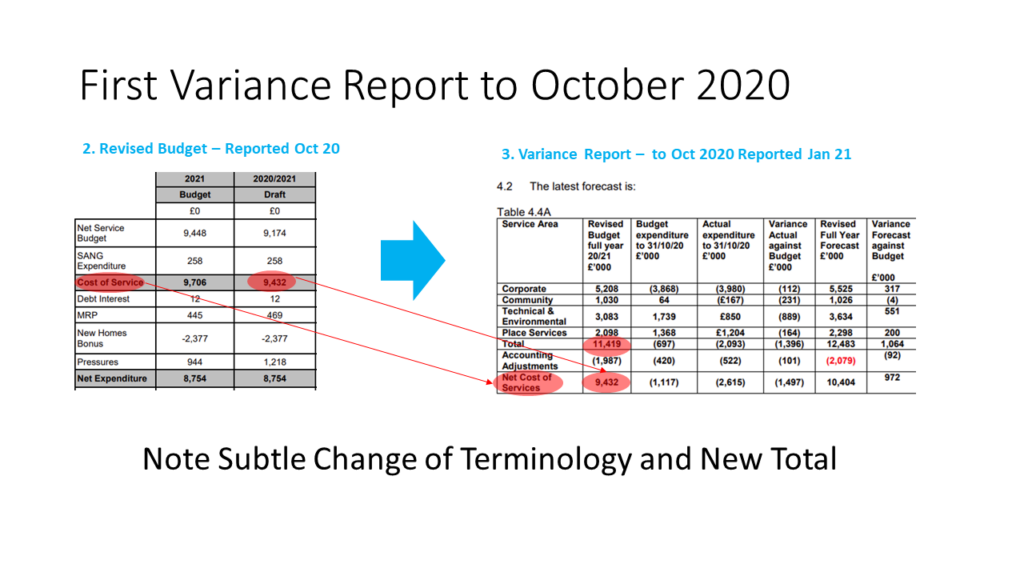 At first, this looks OK. But note another change in terminology. 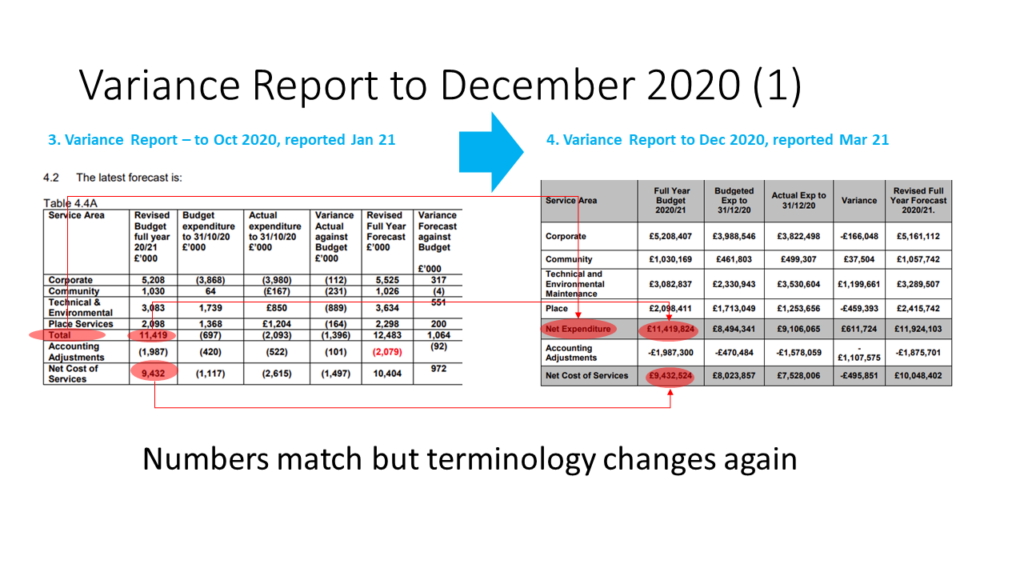 Closer inspection shows the terminology between the October revision and the December variance report has been reversed. What was “Cost of Service” is now “Net Cost of Service”. Net Expenditure has switched from the main total to a sub-total. 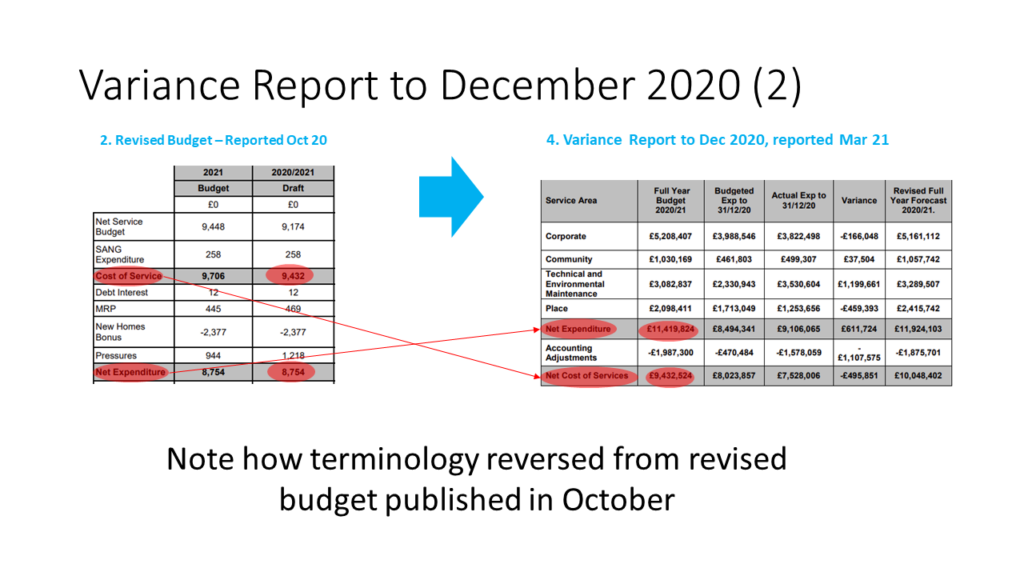 Things really start to go awry now. Part of the terminology of the December 2020 variance report is retained. But the numbers completely change. If you compare the “Net Cost of Service”, the budget for FY20/21 has apparently increased from £9.5m to £11.1m. However, if you compare the visually equivalent lines, the budget has been cut by £335K from £11.4m to £11.1m. What on earth is going on? 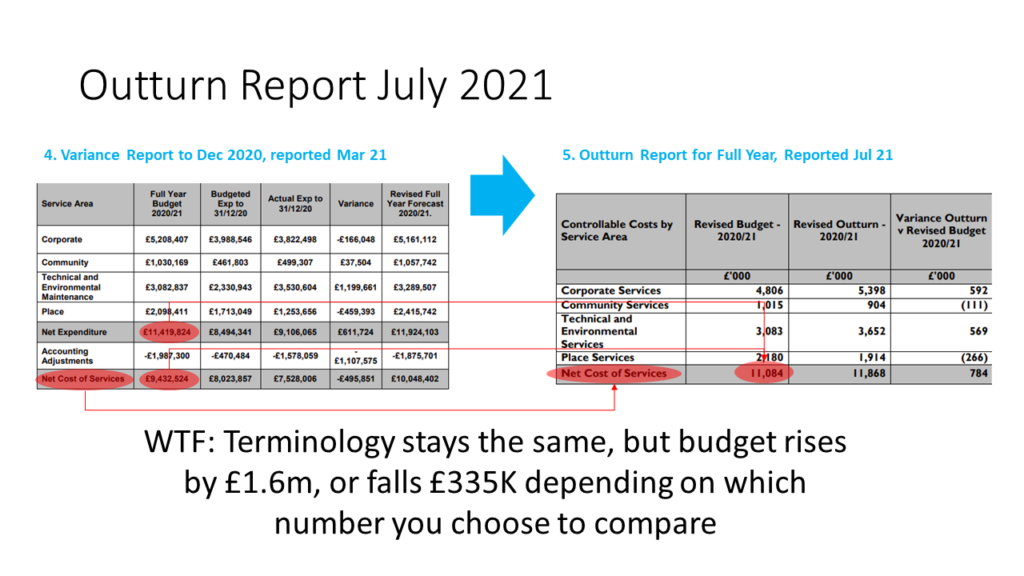 Then when you look at the accounts, the numbers stay the same, but the terminology changes yet again. 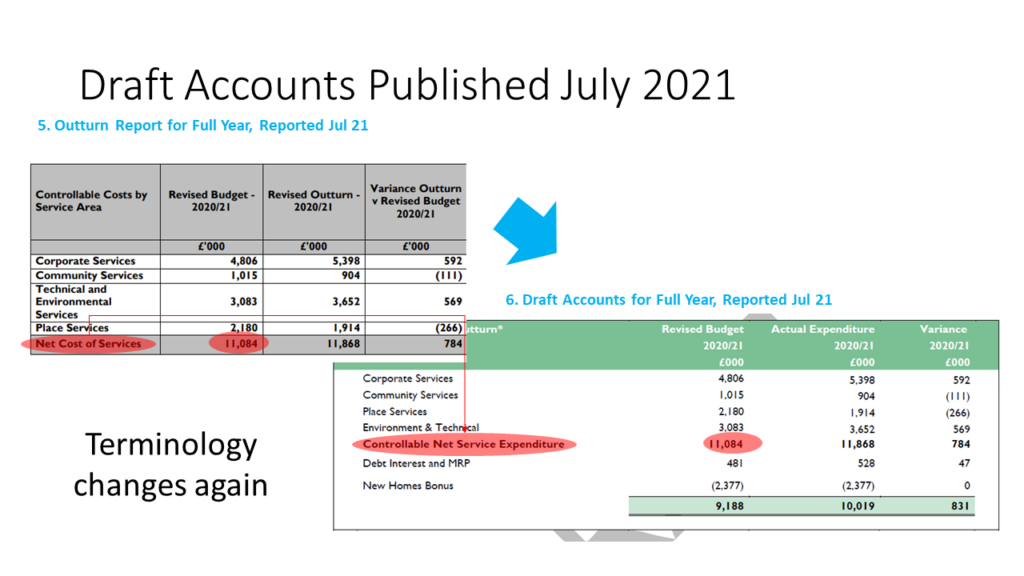 It’s difficult to believe that even those producing the numbers know what is going on. It’s almost certian the employees working to these numbers are completely confused. I am sure that Councillors and certainly this attentive member of the public doesn’t have the first idea what they are doing. If anyone thinks this meets the standards of robust internal control, strong public financial management and transparency, then I have bridge to sell you.