The confusing reporting of Hart’s FY21/22 budget continues. The continued obfuscation, coupled with an insistence that nothing has changed can only be described as gaslighting. Papers covering the outturn for the first quarter of FY21/22 have recently been considered by Overview and Scrutiny.

You have to work hard to find that variance. In the table showing the comparison between budget and actual, they have omitted the total line. So, you have to add it up yourself. Below is the table as presented in the paper, together with our analysis that includes a total line. Most of the adverse variance is due to loss of income in the Leisure contract. The £470K positive variance in Community Services is unexplained. The smaller adverse variances in the other service areas are also unexplained. 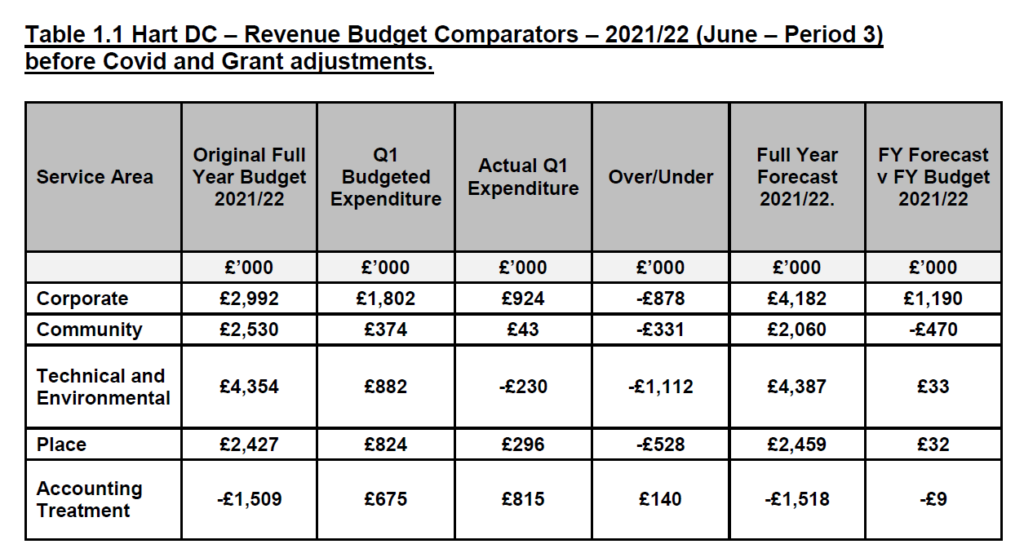 The next thing that jumps out they have chosen to present the “Original” budget in a new way. This makes it impossible to compare it to prior versions like-for like. A new line called “Accounting Treatment”, amounting to over £1.5m has miraculously appeared. This is extra income, presumably from reserves, to offset the additional spending that was not included in the original version of the budget. Here are the changes in graphical form.

We’re Not Changing the Budget

However, Councillor James “Rhetoric” Radley insisted that nothing had changed in the budget:

However, he admitted at July questions that changes have been made to account for depreciation, SANG spending and additional Government grants. He failed to mention that the Waste Client Team net income budget has fallen £52K and the budgets for Corporate Communications (+£19.5K) and Register of Electors (+£17K) have higher spending even though they are not affected his explanation.

When you delve into the depths of “Accounting Treatment”, things get even murkier. The first item of note is that £667K of income from interest on investments and property rental income has been moved “above the line”.  Councillor Radley declared this in the actuals for FY18/19 and 19/20, but somehow forgot to disclose it for the current year. 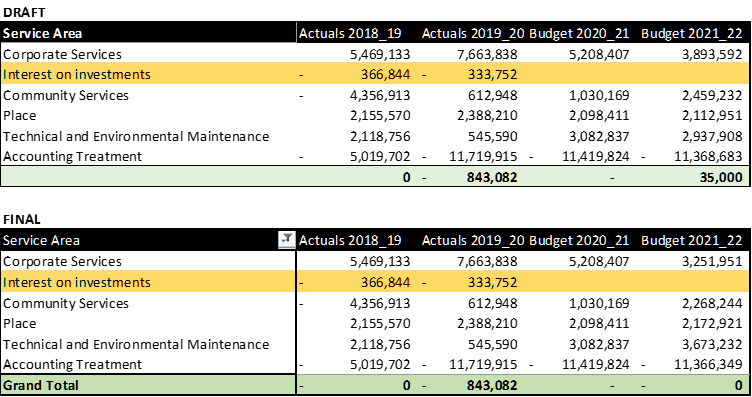 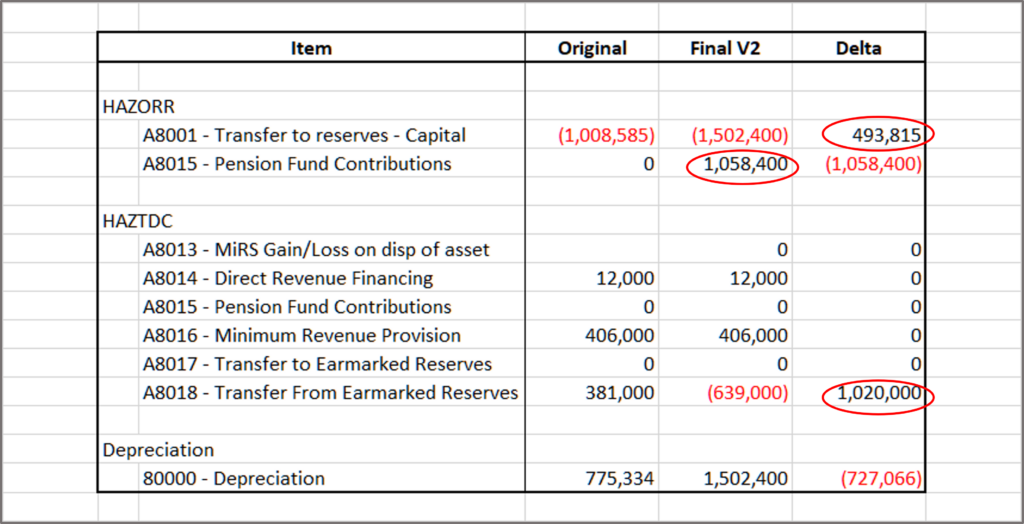 Of course, the total employment costs have changed in both directions across the different version so the budget too. 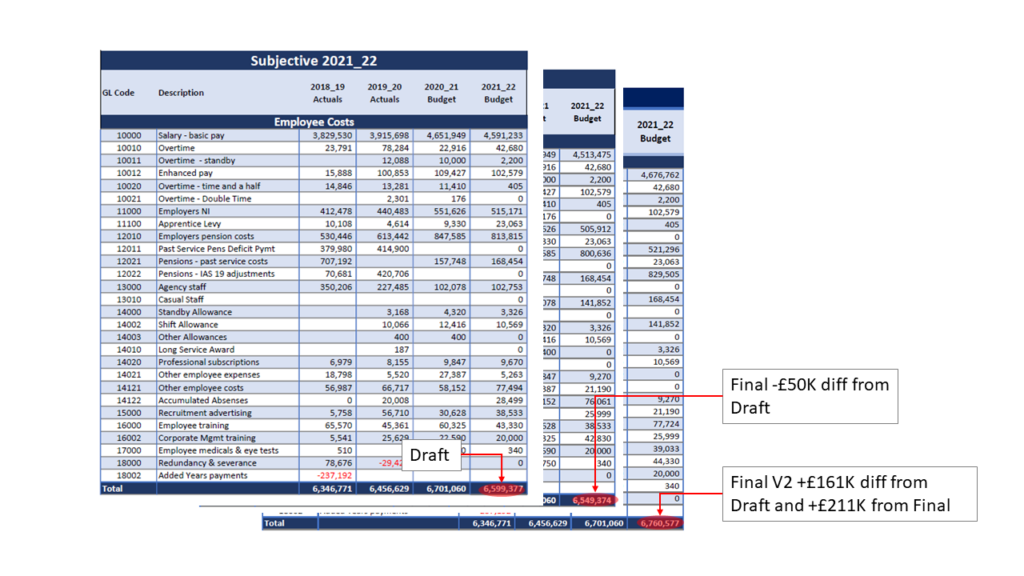