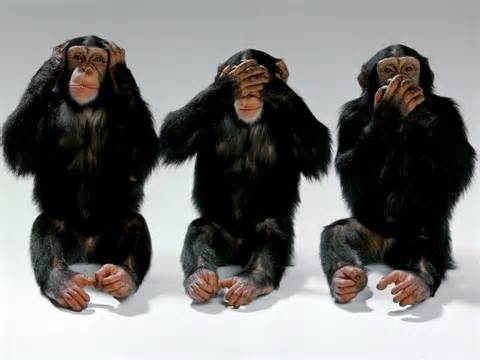 I can understand that people might want to look at it in terms of in depth, I don’t think anyone should be worried about that but I am not quite sure you can build it into an audit plan in the way you would normally audit most other things. I just don’t think it, at this stage I don’t think at this stage it lends itself so easily to that…

Unless I am being naive here, everybody who is working on Shapley Heath knows that they have a budget and what it is and they are engaging in going through a process.

A video of the full exchange is shown below:

Yes, Mr Axam, we think you are being very naive. You must have overlooked the fact that four different budgets were set last financial year and the variance reporting was laughable. You must have also missed that they transferred £283K to fund spending against an overall zero budget last year. In FY18/19 they spent £90K against a (revised from zero) budget of £50K. They have also set two different budgets so far this year. If this doesn’t tell you there’s something to be looked at, we don’t know what will.

This is not the response we would have hoped for from an independent minded, intellectually curious chair of the Audit Committee.

Later in the meeting, the S151 officer said:

We really need to make sure that our financial controls are fully, fully embedded within the organisation at all levels, so that everyone knows exactly where to look to find the financial regulations written in a way they understand.

In other words, there’s currently a significant weakness in financial controls that needs to be addressed.

Perhaps it’s no surprise that the Audit Committee didn’t accept the need to audit Shapley Heath. The councillors who are part of the ruling coalition behaved like the three wise monkeys.

The video of the full meeting can be found on Hart’s Live Streaming YouTube site. Although, be quick because the recordings have a habit of disappearing. The full transcript of the Shapley Heath item can be found below:

We’re spending a lot of time, effort on the Shapley Heath plan, what audit controls are being put on the team to ensure t is being properly controlled?

In terms of…We’ve got internal controls across the organisation around budget management, budget monitoring, virement, budget approvals and council standing orders and financial regulation. We don’t have Shapley heath as a specific element within our audit plan this year. That maybe revisited at another time or in the future. But Shapley Heath like any other department or project in the Council is subject to the same element of budget monitoring and approval than than any other.

We are actually in the Council putting in an enormous amount of time and effort into it. Do you not think that we should really be controlling this and auditing it properly and making sure that the funds are actually being managed properly? Because there are big question marks about Shapley Heath and I really do think it should be one of the things you should be auditing in the Planning Performance Plan.

So we can take…At the moment Shapley Heath is managed not by that Place Team but separately by the Joint Chief Executives. So it doesn’t form part of the Planning Department. I completely acknowledge that it’s all part…

If I can just come in for one second. I can understand your concerns Tim, I think they are valid in the sense that obviously money which we are spending as taxpayers we need to make sure that it’s being spent wisely. However, I am not quite sure I am not quite sure how you would audit something like Shapley Heath. Other than to say, as I understand it that the funds which have been allocated, the £500K which the Council has committed over a period of three years is not, you know exceeded in the sense that we look to spend one third of it and as the project goes along.

But I am not sure exactly how you could audit much more. Because much of it is I think is exploratory in terms of looking. It’s engaging with obviously outside people and running the project itself. I can understand that people might want to look at it in terms of in depth, I don’t think anyone should be worried about that but I am not quite sure you can build it into an audit plan in the way you would normally audit most other things. I just don’t think it, at this stage I don’t think at this stage it lends itself so easily to that. I think the more information you get about it the better. But I think there’s nothing to, you know, be kept away from people but the money needs to be properly spent I agree with you there.

I think perhaps we should consider it into the future because it is a major investment of this organisation at the moment and I think that we should make sure that the money is being set under control. Under control. I wasn’t worried about the spending of the money provided it is controlled and that’s the audit function.

Yeah, but I can’t you know. Unless I am being naive here, everybody who is working on Shapley Heath knows that they have a budget and what it is and they are engaging in going through a process. And they would have to go and come back obviously to Full Council I think, we certainly to Cabinet to say “Look, we’re progressing with this, it’s gone quicker and faster and better than we thought and we can get other things moving but we need more funds”. I think they would do that. I think that would be a normal, from what I understand how this council works, I would expect that to be done.

So, in terms of audit processes, I’m not sure it’s entirely valid. I understand your concerns as a Councillor in Shapley Heath and obviously how Shapley Heath is presented to the public .I can understand all of that.

I think we’ve got to be very careful about a very small number of people in the organisation are actually in control of this. And it worries me that there is no external control of it.

I wouldn’t necessarily agree with that, in the sense of external control. I mean we have the joint Chief Executive and I think the two people who I think are allocated to the Shapley Heath project. Three people alright. Ok it is a small number. It is obviously a resource hungry facility because at the moment all Shapley Heath is is an exploratory exercise to see whether it has a possibility of going forward. At this stage it’s no more than that.

All I can say is, that I am glad I have alerted it then.