New figures have been published by Hampshire that shows the Hart Infrastructure funding gap to be as wide as ever. The overall funding gap for Hampshire is £1.2bn and Hart’s share is £72m. 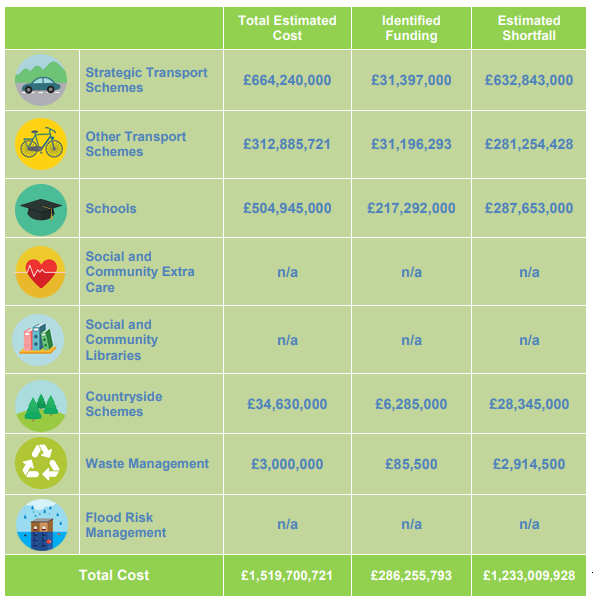 Hart’s share of the gap is made up of:

No estimate has been made of the requirements or costs of additional healthcare provision. 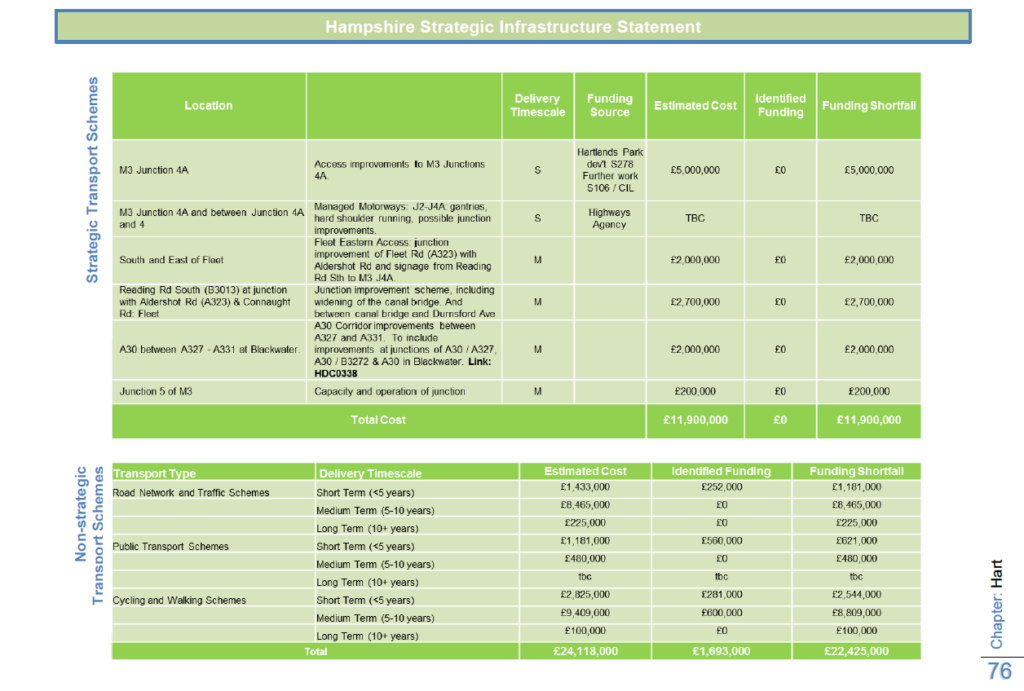 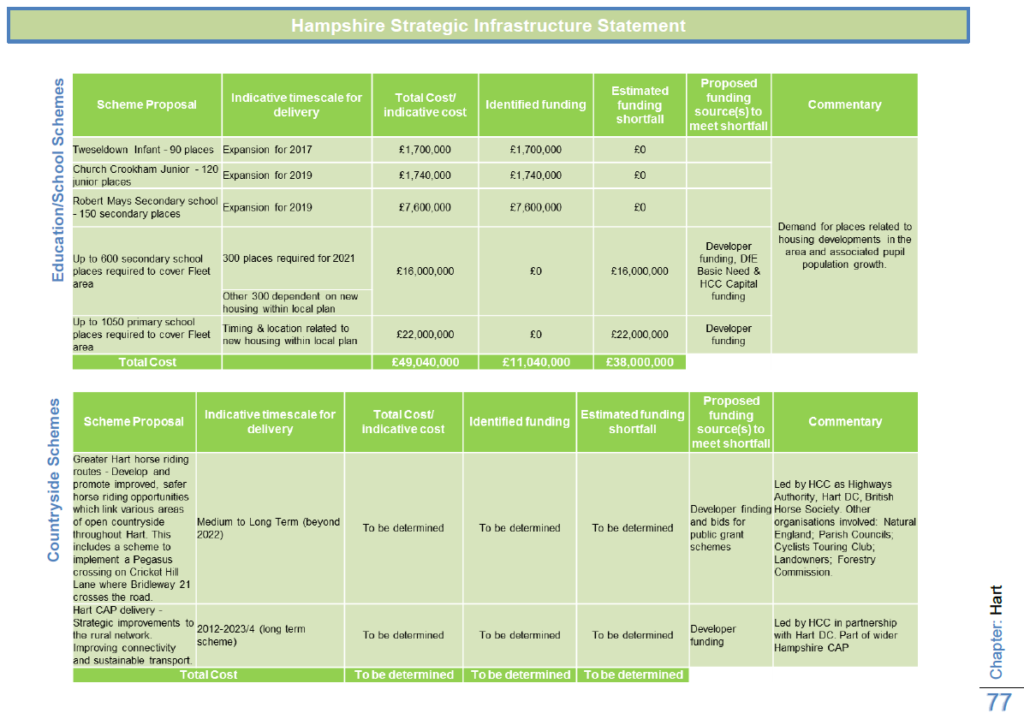 Education is the widest gap at £38m. Interestingly, this doesn’t include the costs of a new secondary school. The developers of Murrell Green have promised land and a contribution to a 9-form entry secondary school. This would amount to a 1,350 place school. A 150 place expansion of Robert Mays is indicated to cost £7.6m. It is therefore realistic to expect a 9-form entry, 1,350 place school would cost around £68m. Developer contributions from a 1,800 unit settlement might be expected to be £16m or so. This is calculated by assuming 40% of the development will be affordable housing, which does not attract S106 funding. It is assumed the remaining 1,080 open market dwellings would deliver S106 contributions of £15,000 per unit.

It is therefore clear that all of the developer contributions would be consumed by the new school, before any road improvements were made. And the road funding deficit is already £34m.

Hampshire identify the need for 221 more extra care units, but don’t identify the cost or say where the money will come from.

What does this mean for the Local Plan?

Community Campaign Hart are promising an “Infrastructure led Local Plan”. It is now obvious that a new settlement will only make the infrastructure funding gap worse. They are sticking to the ridiculous 10,185 housing target. If they adopted the new Government housing target of 6.132, then the infrastructure funding gap would be reduced. There would be fewer houses, therefore less need for road improvements. Fewer people and so less need for a new school. Indeed the latest figures from Hampshire show there’s no need for a new secondary school.

It is time to call them out on their plans and start asking “Show Me the Money”.