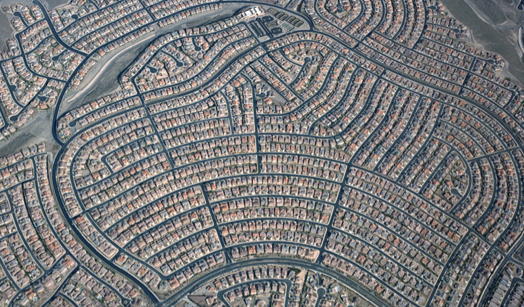 Challenge the ridiculous housing target in the Local Plan consultation

The main objection to the draft Local Plan is the ridiculous housing target. We believe the Strategic Housing Market Assessment target of 8,022 is too high. Despite that, Hart have added more than 2,000 houses to this target and plans to build 10,185 houses.

This puts massive pressure on the district and puts many greenfield sites such as Murrell Green, Winchfield, Grove Farm (Netherhouse Copse), and Pale Lane (Elvetham Chase) at risk. Moreover, this rate of housebuilding will be carried forward in future planning periods, making it inevitable we end up with unattractive urban sprawl.

We believe the housing target should be a more reasonable 5,144 which will meet the changes driven by demographic change, immigration and deliver social housing for those who cannot afford to rent or buy their own home. The remaining housing target can be met from brownfield sites alone.

The detail of our analysis is shown below. Please object to this ridiculous housing target by downloading the link below and review our suggested comments on the draft Local Plan. Please do make amendments into your own words and submit it to planningpolicy@hart.gov.uk before the deadline of 5pm on 9th June 2017. All of the Council’s consultation documents can be found here.

There are several lines of argument:

The 2012-based government projections of population and number of households, points to a need of around 215,000 dwellings per annum, compared to recent delivery of 130-170,000 new dwellings each year. It is clear we need to respond to the objective in the National Planning Policy framework to “boost significantly the supply of housing”. To achieve this, it follows that the sum of all the housing market assessments across the country should add up to the total expected increase in households, or a little more to give some margin of safety.

The 2016 Strategic Housing Market Assessment (SHMA) has arrived at a ‘need’ of some 8,022 new dwellings over the plan period.

For Hart, the raw 2014-based DCLG forecasts, as opposed to the 2012-based forecasts used in the SHMA,  would result in a starting point for housing need of c. 4,473 new houses (see Figure 6 of the SHMA).  Hart’s overall housing requirement as defined in the SHMA is some 79% above the starting point. The ridiculous housing target of 10,185 used in the Local Plan is some 127% above this basic requirement.

If this were applied across the whole country, then we would be allocating land and allowing the building of some 488,000 new dwellings each year, far above the national requirement. This goes against latest planning guidance that states that housing need should be “principally understood as a measure of future demand rather than aspiration”. Analysis of five other housing needs assessments of planning authorities across Hampshire, Oxfordshire, Surrey and Berkshire reveals an average housing uplift on the starting point projections of around 42%.

There might be some justification if this process had resulted in more house building. But it is clear from a recent House of Lords report that it has not:

Nevertheless, we see the gap between planning permissions and housing completions as a fundamental one in respect of securing increased housing supply. In a climate where over 240,000 homes a year are being granted planning permission, it is a fundamental failure of the development system that over 100,000 fewer homes are actually being built. This situation must be addressed.

We believe that the Government must consider measures to help accelerate the delivery of housing on sites with planning permission, such as permitting the charge of equivalent council tax rates when development has not commenced after a specified period of time, subject to safeguards when there are genuine reasons to prevent the development proceeding.

The unintended consequence of this policy is effectively state-sponsored profiteering on behalf of the major housebuilders. It is plainly ridiculous that the housing target in Hart’s SHMA and the SHMAs of neighbouring areas are massively above the requirement suggested by demographic change, immigration and changes to household size.  Accordingly, the housing target and the Local Plan should be adjusted downwards to more realistic levels.

Following on from the above, we can now analyse the reasons why the SHMA has arrived at a ridiculous housing target that is too high. We can also arrive at a more realistic figure.

The SHMA then uplifts the starting point in response to market signals to provide more housing for what are termed suppressed households. These are, for instance younger people in the 25-34 age bracket who are still living with their parents and are unable to afford to form their own household. Almost by definition these people cannot afford to rent their own accommodation or buy their own house. The SHMA suggests a 15% uplift on the start-point. Even though some element of household size reduction is included in the DCLG forecasts. We would agree with this and increase the need by 671 units to arrive at a total housing need of 5,144. However, we would insist that these units are delivered as social rented housing. The proposed Hart Development Corporation could be an appropriate vehicle to deliver these homes, or partnerships with local Housing Associations.

The SHMA then makes a further upward adjustment for affordable housing. This is to help those able to afford to rent, but not able to access home ownership. By definition, these people are already housed. It is therefore difficult to see how building more houses will assist these people. If they can afford to rent, then it is very likely that they can afford to service a mortgage, but cannot afford a deposit. The way to help these people is with shared ownership or ‘Help to Buy’ schemes. It is also worth noting that some of these people may be taking an entirely rational decision to rent and not buy because they think property prices are too high and thus represent a poor investment when assessing potential future returns.

The only plausible reason to build more houses to help these people would be that it would lead to a general fall in house prices. This is a false premise as discussed by Ian Mulheirn of Oxford Economics here.

The extent that we do see high house prices as a policy priority in and of themselves (e.g. for wealth distributional reasons), this is not a problem that will be solved by any plausible amount of new supply. Many econometric studies in the UK (see page 43 here for a comparison of results) have concluded that a 1 percent increase in the housing stock per household will only cut prices by at most 2 percent. Consequently, even if we were to add 300k new houses per year (about 150k in excess of household formation, approaching 0.5 percent of current stock), this would only lower prices by about 1 percent per year. This is peanuts in the context of price rises over the past 20 years….

Building many more houses that people want to live in is a dangerous route to go down, as Spain and Ireland can attest. For comparison, Ireland had an estimated surplus of dwellings over households of around 14 percent on the eve of the financial crisis (which among other things proves that households don’t just form because there are vacant houses). This building mania was something like the equivalent, relative to stock, of the UK adding 1 million new dwellings per year from 2002–11. But even this didn’t do anything noticeable to rein in Ireland’s property market during the boom, with prices rising by a fair amount more than the UK’s. A similar story can be told in Spain.

Therefore, the affordable housing need should be seen as the proportion of overall housing need that should be built as ‘affordable’ units. The SHMA adds 504 extra affordable units to the total housing requirement. However, this 504 units represents only 11.2% of the 4,473 raw housing need. Hart’s target is to build 40% affordable housing and recent delivery has averaged just over 20%. If this were to continue and the housing target were revised to start at 4,473, then around 900 affordable homes would be delivered in addition to the 671 social rented units identified above.

Finally, the SHMA makes a further increase to the housing target to take account of future jobs growth. There are several issues with this adjustment.

First, the jobs forecasts made by outside bodies are simply taken as read with no analysis or critique. We know they are wrong simply by looking at the forecasts in Appendix D. These show the number of jobs in 2015 to be in the range 158-174K depending upon which forecasting house is used. However, the latest BRES data for 2015 shows the total number of jobs to be 143K for the Housing market area, a shortfall of 15-30,000, or almost all the projected job growth.

Second, the projection of 1,200 jobs per annum is far more than the 1998-2015 average of 1,029, and the report itself states that it is unrealistic to expect recent jobs growth to continue at the same rate.

Third, the SHMA uses a very circular argument to account for the number of jobs. The argument is: the forecasts say you should have 1,200 extra jobs per annum in the HMA. They then acknowledge the forecasts are unachievable because there won’t be enough people of working age to fill those jobs.

They then decide we will need to import some extra people and those people will need houses. The SHMA then acknowledges that most of these people will work outside the district. This is borne out by the M3 LEP Strategic Plan, which does not identify any part of Hart as either a ‘Growth Town’ or a ‘Step-Up Town’, so will be starved of investment. Moreover, the Employment Land Review (ELR) describes Hart’s office space as:

There appears to be an over-supply of lower grade stock with concentrations of dated, larger footprint, stock to the north of the town centre, specifically at Ancells Business Park, which is currently experiencing relatively high levels of vacancy.

Clearly, this uplift is not an expression of the ‘need’ for the district, nor is it ‘sustainable development’. The SHMA itself recognises that most of these additional people will, in fact, work outside the district. This is against the sustainability principles of the NPPF.

Essentially, we are being asked to concrete over our green fields to build houses for people who might move into Hart to fill fictitious jobs, that someone thinks might be possible to create in Hart. Then those people will add to the strain on Hart’s infrastructure (roads, schools, healthcare), but work outside the district. This is not ‘sustainable development’ on any reasonable interpretation of the phrase. Moreover, those exporting districts should already be planning to house those people.

Accordingly, there should be no jobs growth uplift in the SHMA.

This leaves us with a housing need for Hart of 5,144 made up of 3,573 open market units, 671 social rented units and 900 affordable homes made available through ‘Help-to-Buy’ or shared ownership.

Hart’s decision to increase the target by 2,000 dwellings results in a ridiculous housing target

It follows from this that Hart’s decision to add a further 2,000 units to the SHMA to establish an alleged ‘policy on’ ridiculous housing target of 10,185 is both specious and unnecessary:

It would be appropriate for the Inspector to express an opinion on the ridiculous housing target in the SHMA and the extra 2,000+ houses. Hart should set out a ranking of sites it wishes to take forward, such that the spatial strategy can be easily adjusted depending upon the final housing target that is agreed.